February 11, 2015
So I got my hands on some 6mm scale dreadnought proxies that I decided to incorporate into my Epic-scale Iron Warriors army.  They're beautiful little sculpts, and almost as pose-able as the 28mm scale miniatures they were made to echo.

As you can see from the photos, I posed the basic model as if it were charging forward, hosing a line of lesser infantry with the combi-bolter in its left arm.  As for the one with the missile pod, I went for a more sedate walking pose, imagining this guy resolutely plodding forward, pouring suppressing fire into the ranks of the enemy while leading an "IRON WITHIN, IRON WITHOUT" war chant. 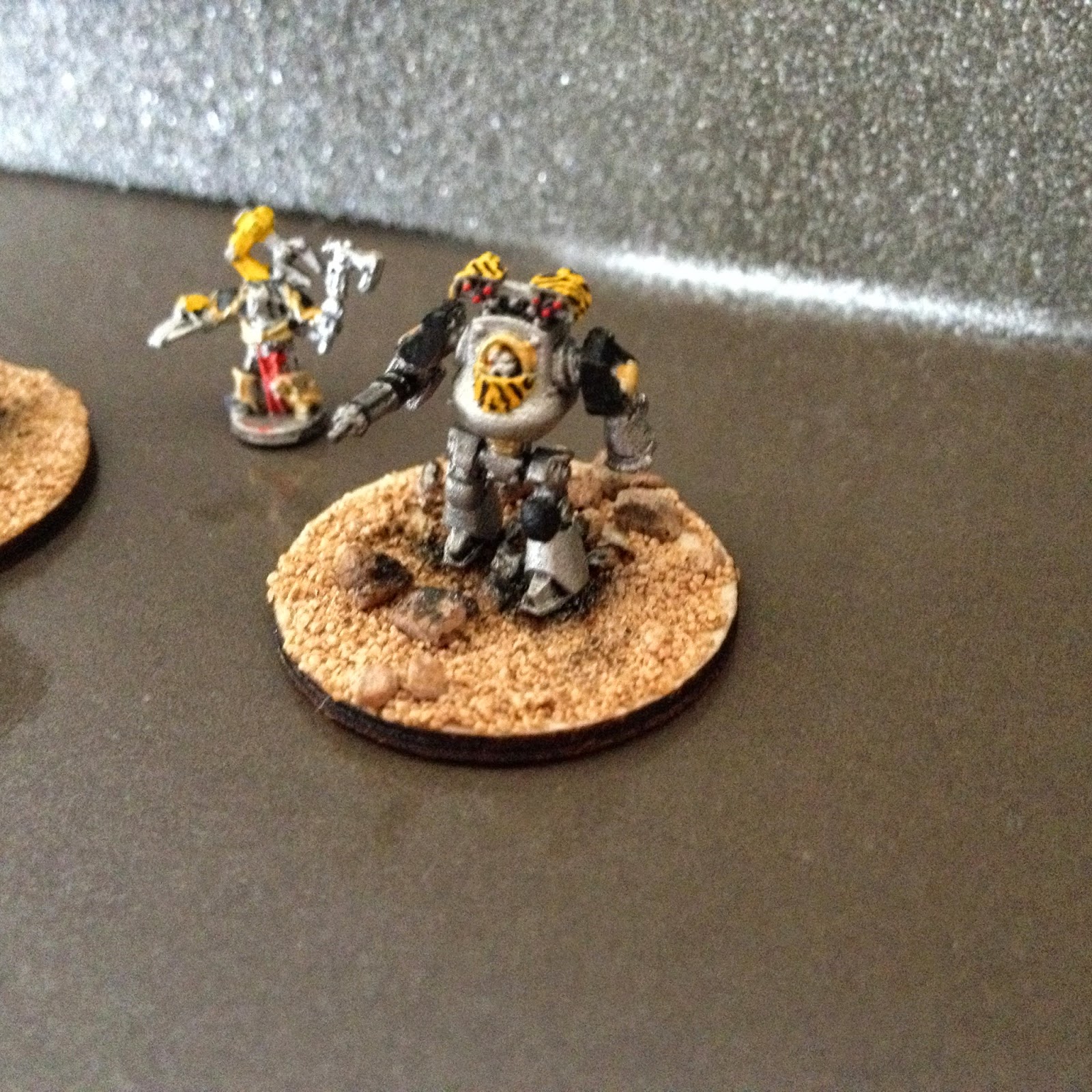 I was hoping to get my hands on a pair without missile pods and with twin-linked autocannon equivalents, but beggars can't be choosers, so my opponents will just have to ignore the missile rack on the one.

Here's the set of parts I was working with.  You can see two things in this picture:  (1) pretty much ALL of the weapon arms I was provided with were left-handed, and (2) I decided that I wanted to put raised shoulder guards on the dreadnoughts, similar to Forgeworld's Death Guard Contemptor, which is tricked out to resemble a suit of Mk 3 power armor.  Swapping the assault cannons around proved to be pretty easy, at least.  As for the shoulder trim, I used 1mm square rod for this, which TBH might still have been too big.  That said, if I ever decide to field a dreadnought formation, he'll stand out as the formation's commander/army warlord. 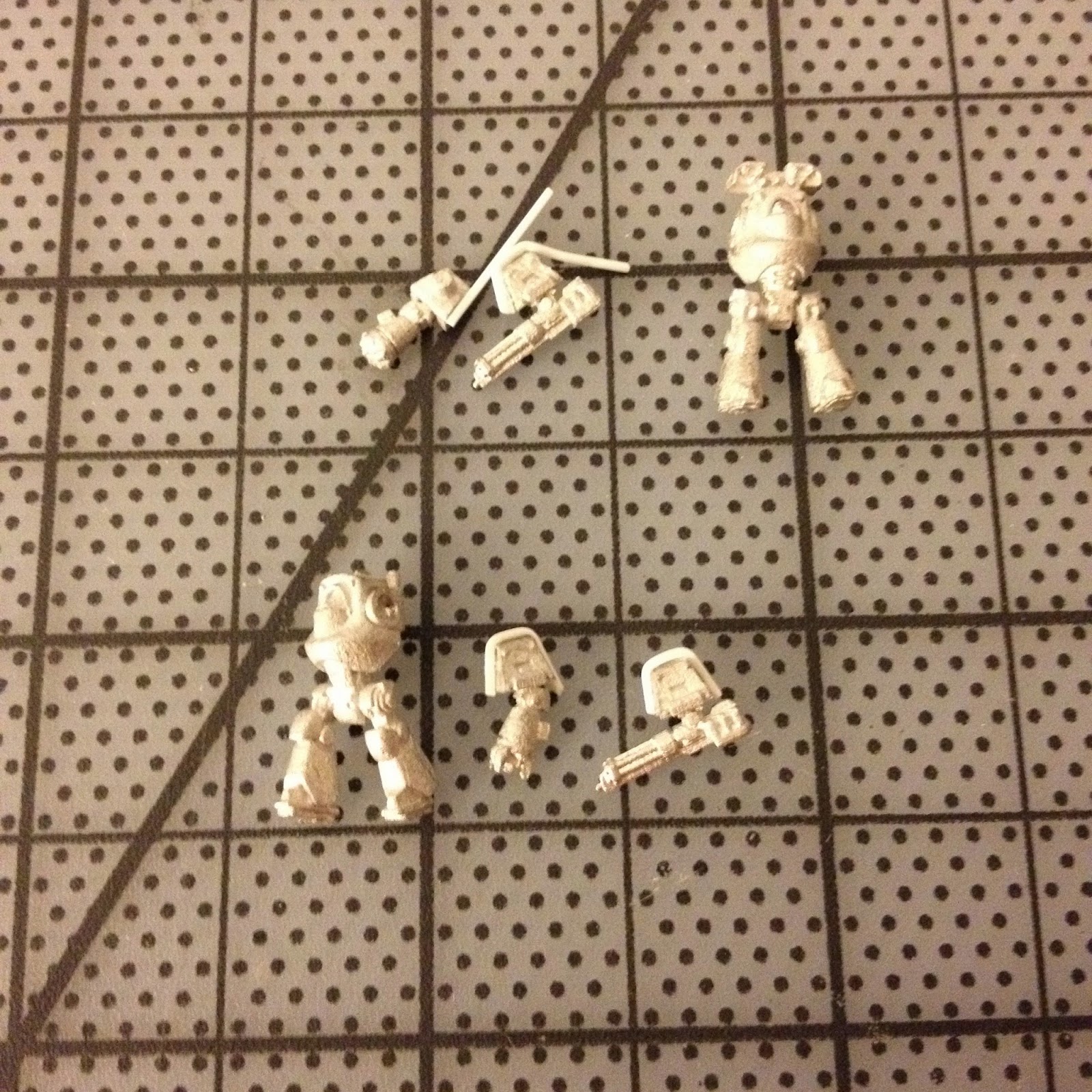 Ultimately, I dropped the extra trim from the missile pod version on the final build, because when I test-fitted it, the arms couldn't really rotate and clear the carapace weapon with it in place (oops).  I still need to paint the bases and touch up some of the paint (especially the freehand hazard stripes, god I hate painting those), but they're table-ready to support an Iron Warriors company in my next gaming session.

The next post will be my terminator formation, with obliterator support and a finished version of that terminator lord who was lurking in the background for size comparison purposes.  After that I'll try to put up a shot of the completed army to date maybe, and possibly progress shots of the BIG project I have going on in parallel...
Chaos E:A Epic Epic: Armageddon Iron Warriors