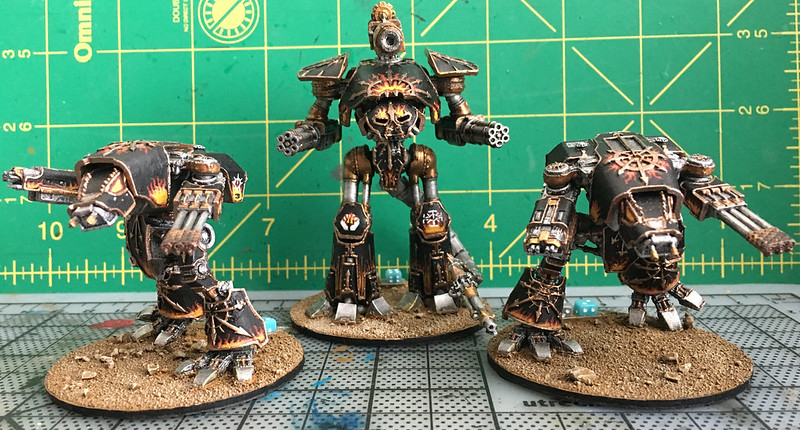 So I finally made myself pause long enough to set up an ersatz photo studio (apologies for the rather rough backdrop) and capture some images of my Chaos Titans in all their dark glory.

I managed to get through my Defilers, Land Raiders, Decimators, and infantry from my last blog post, although most of them didn't show up in the 3,000 point tournament this past June (but the Reaver did!).  I managed to finish the warhounds the week before NEAT (New England Epic Tournament), although they didn't show up in my army list either...but a buddy borrowed them on Sunday to bulk out his Legio Gryphonnicus force up to 4,000 points on Sunday, so on their first outing they walked alongside loyalist cousins!

So without further ado, here's where I've ended up on the Legio Suturvora engines supporting my Iron Warriors: 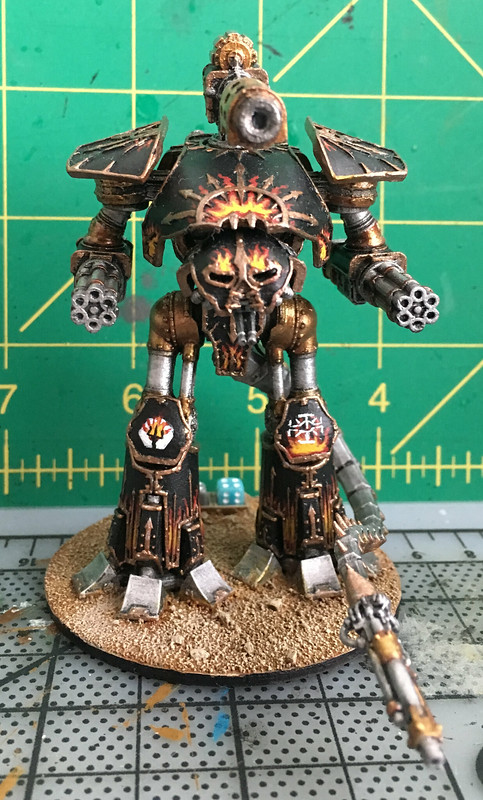 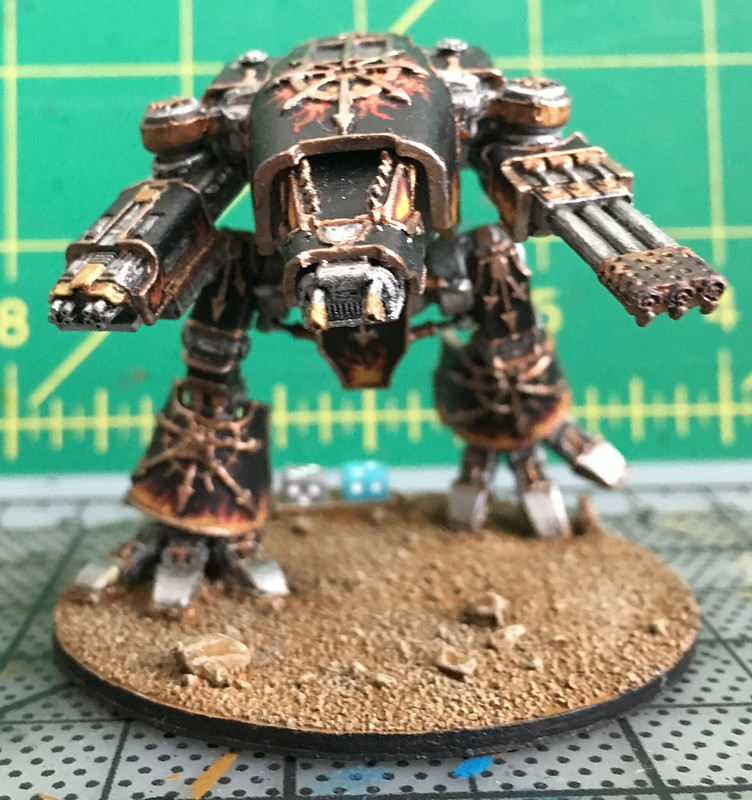 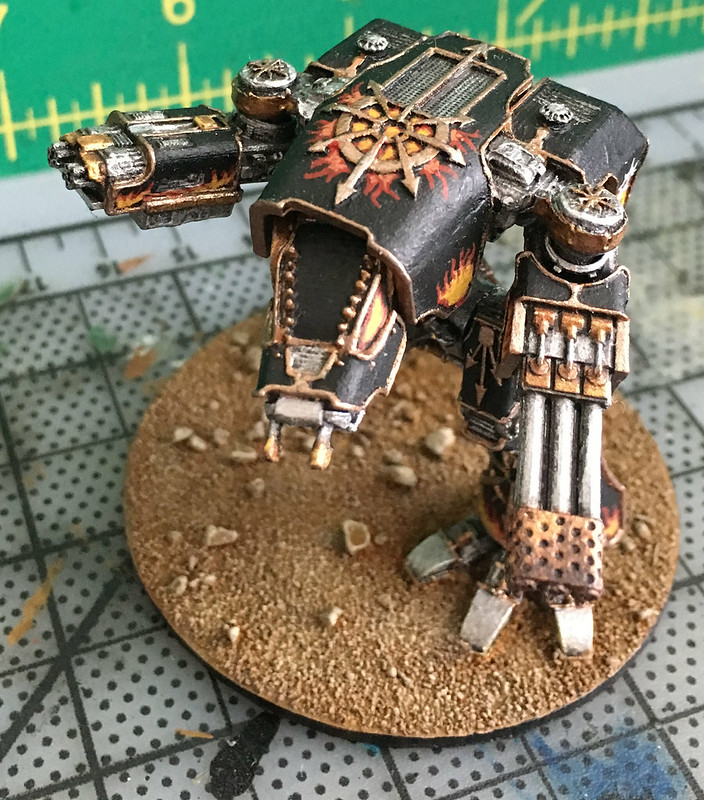 The hunting pack together:

I'm quite happy with how these guys turned out, and they look great loping across the battlefield in support of my Iron Warriors armor & mechanized infantry.  Next time I make it out to a weekend gaming event I'll try to get a couple of "action shots" on a proper board!

With luck, I'll be able to finish another Ravager and two more Ferals in time for Fall In! in Lancaster (11/9) for the Epic tournament there.  I don't need to go quite as crazy (which is good, because I'm missing tail parts) for that though; if they show up I'll be fielding them using the AMTL list, and most of the fun details will be purely cosmetic.  Wish me luck with my painting...
AMTL Chaos E:A Epic Epic: Armageddon Suturvora Titan