March 31, 2019
Lots going on, I just haven't been taking pictures (yet).  I may come back to this post and update it with more photos later.

Currently on the workbench I have:
So yeah, work's been busy and the weather's been poor, but I've been on a building spree where I can find a few minutes of free time here and there.

The big project that prompted me updating the blog was last night's adventures with a jewler's saw.  I have two dorsal melta cannons for my Reavers, but I'd like the option of using an arm-mounted version in case I want to get a missile pod or turbolaser destructor on there.  So, last night I took a spare melta cannon and spare doom burner (the Chaos dorsal-mounted melta) and executed a barrel swap... after about half an hour of careful sawing and truing up my cuts.  In my excitement I pinned everything together and sunk a magnet for the elbow linkage already - I have a little bit of greenstuff work to do to clean up surfaces and fill a few spots, but otherwise this one's about set! 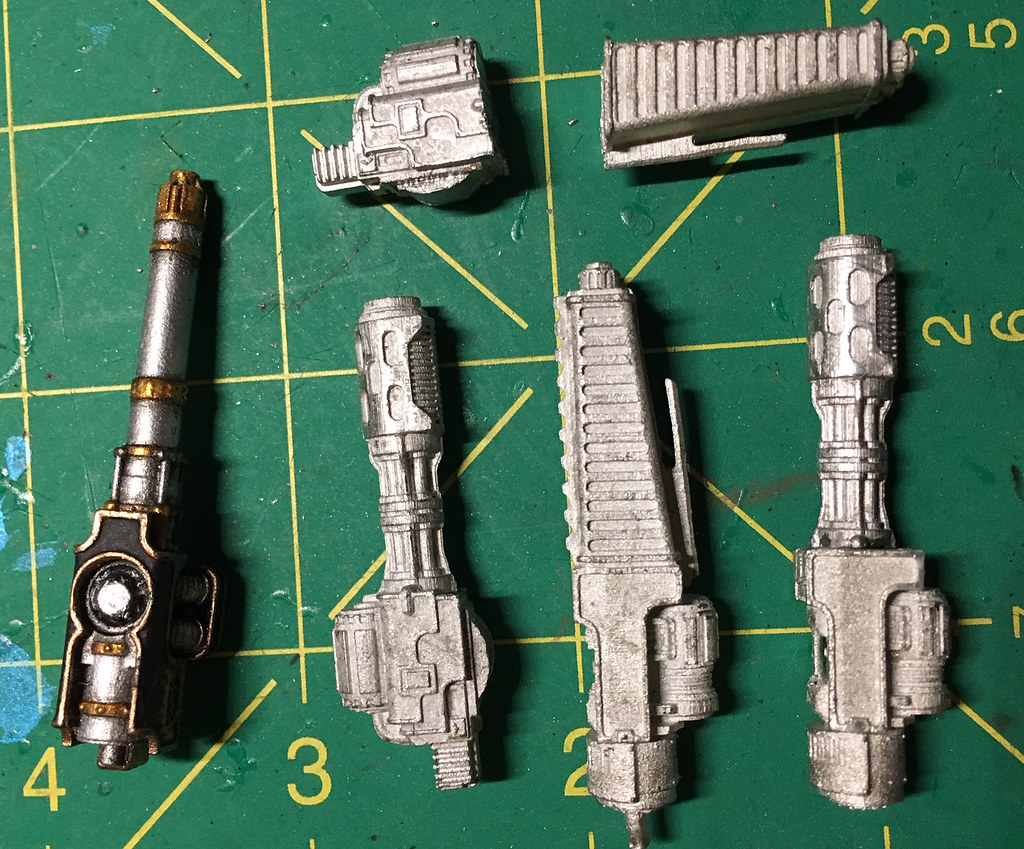 Epic is going to be the priority for April & May; I want to be able to get the third Reaver and other four Warhounds online ahead of NEAT this June, and I want to be able to round out my AMTL forces with another Skitarii formation, two formations of scout robots, and swap out my loyalist close air support for more appropriately corrupted strike fighters.

Battletech is a longer-running project.  I've been playing a lot of the 2017 computer game and reading through the rules (Battlemech Manual, Total Warfare, Strategic Ops, etc....).  It doesn't hurt that the plastic starter boxes came out recently and another member of the gaming group is interested in getting in some games of Alpha Strike possibly.  Battletech scratches the itch for a less gothic/fantasy, sci-fi, and I want to put together a small Merc company and some OpFor (local planetary government, hence the Banshee, Urbanmechs, as well as maybe somebody big like the DCMS) for casual games and display.  More to come on that!
AMTL Chaos E:A Epic Epic: Armageddon Ongoing Projects Suturvora Titan