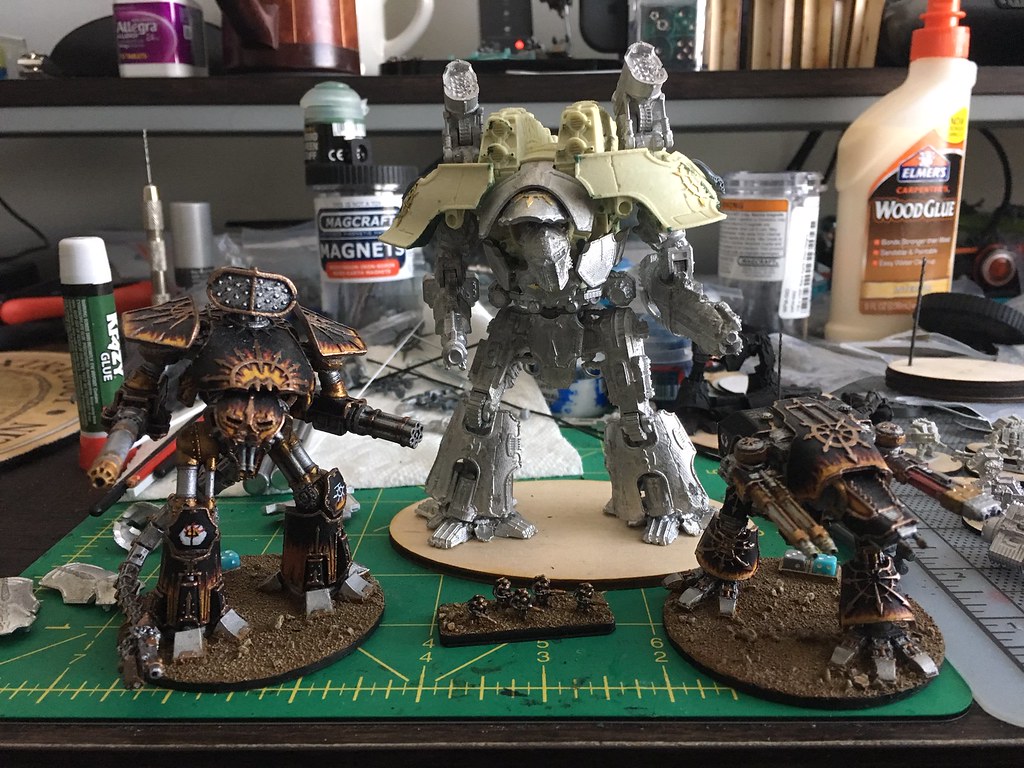 Yeah, ok, that kinda sums it up in one picture, doesn't it?

So I've spent the past two weeks working on cleaning up and preparing a Warlord for NEAT 2019.  This has been a project, not least of which is that I'm working off of a garage kit, one that, as far as I can tell is long since unobtainable, and one which definitely came with some casting issues... 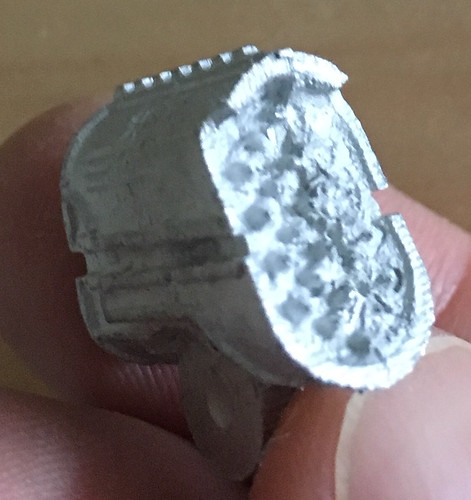 Enough said about that.  There's only so much I can fix with a knife; the rest will be masked as best as possible with paint.  The less said about that, the better.  I'm probably only ever going to do one pair of missile pods this way.

So part of the challenge has been taking a thoroughly loyalist Warlord build and trying to Chaosify it.  I'm admittedly not that skilled in working with greenstuff and plasticard, so I've fallen back on brass etch and plastic detail components to add a little evil to the titan: 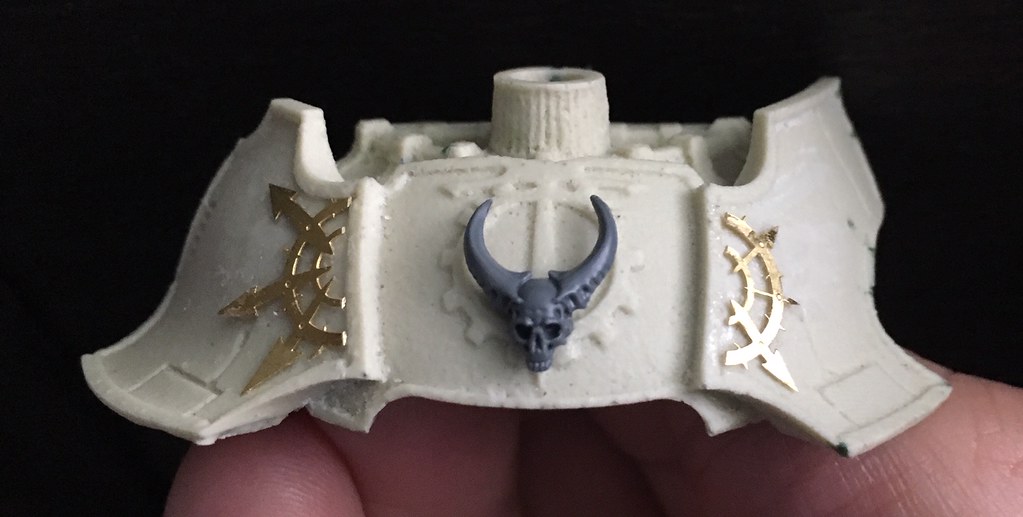 I've also managed to magnetize everything, although I don't entirely trust the magnets to hold up the white metal arms (those things are HEAVY), so I might glue them in and leave the dorsal mounts swappable.  I don't really want to accidentally drop an arm on someone's plastic infantry base and completely wreck it, you know. 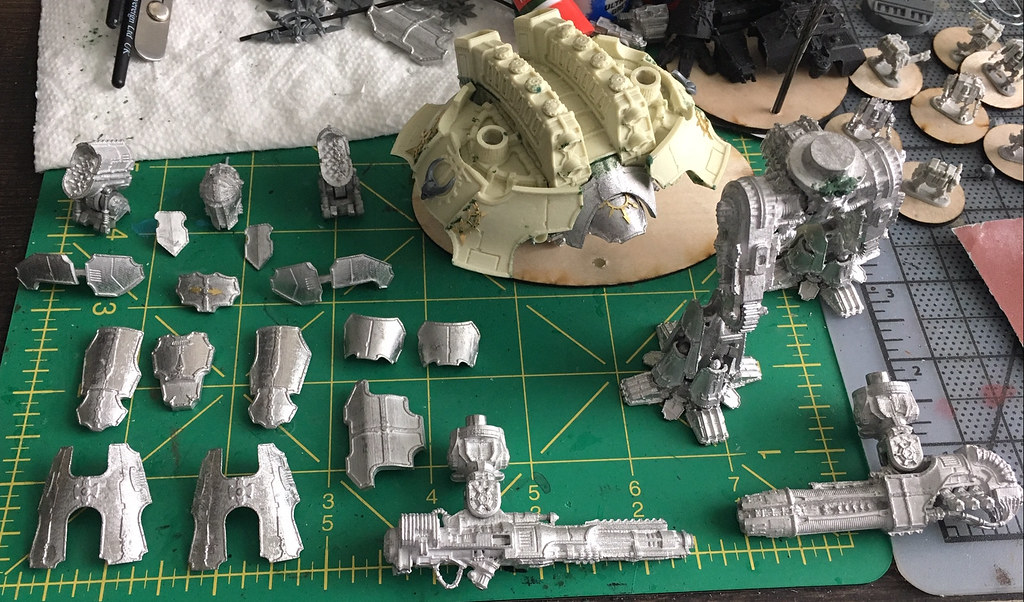 Everything's ready for priming, I just need a warm non-rainy day to get this guy coated.  In the end, I shaved a number of "T" and axe symbols down into spikes to support the Chaos motif.

The warlord wasn't my only project, however!  After my 3/31/2019 post, most of my time and effort was spent preparing my third Chaos Reaver kit, a trio of Chaos Warhounds, and a few squadrons of Thunderbolt proxies for Legio Suturvora.  I'm pretty happy with the Reaver; for now his working title is "Princeps Morgan" for reasons that will immediately become clear: 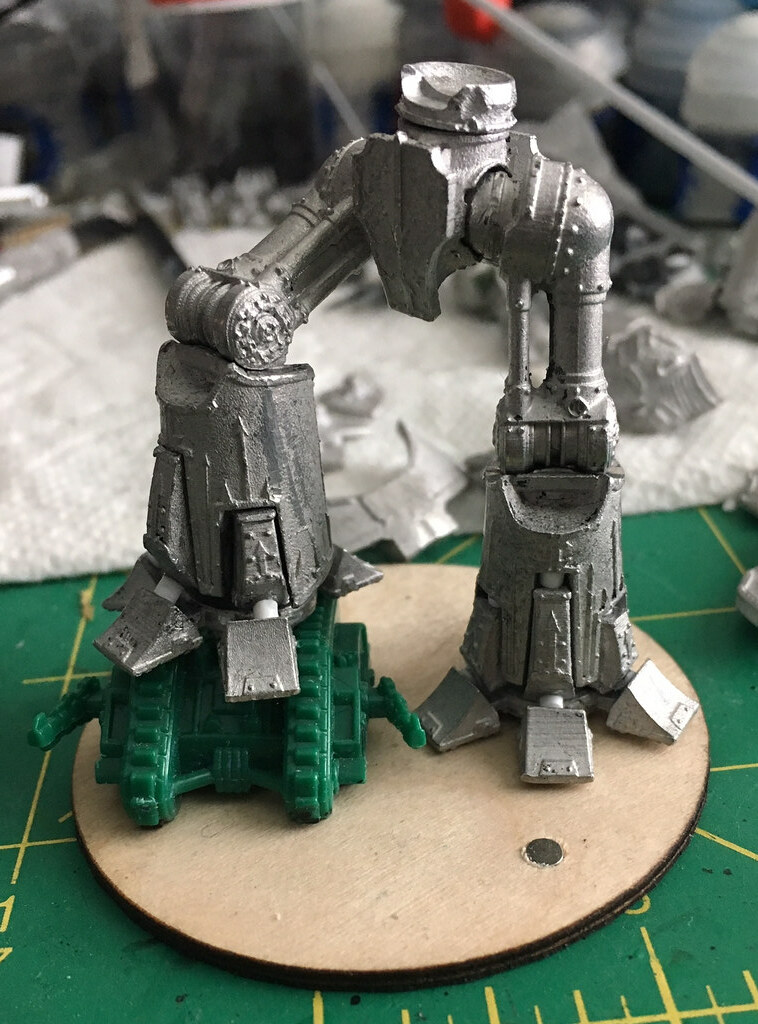 ...Yeah, he's got a little Captain in him ;)  This guy will have a power fist hard-locked into his left arm, but the right is magnetized for my Reaver arsenal.

Along with him, I'm adding a number of new weapons to said Arsenal, including a second dorsal turbolaser turret and second dorsal rocket pod, as well as a dorsal laser burner (conversion bit using laser cutter components) and the melta cannon that I showed off in my last workbench update. 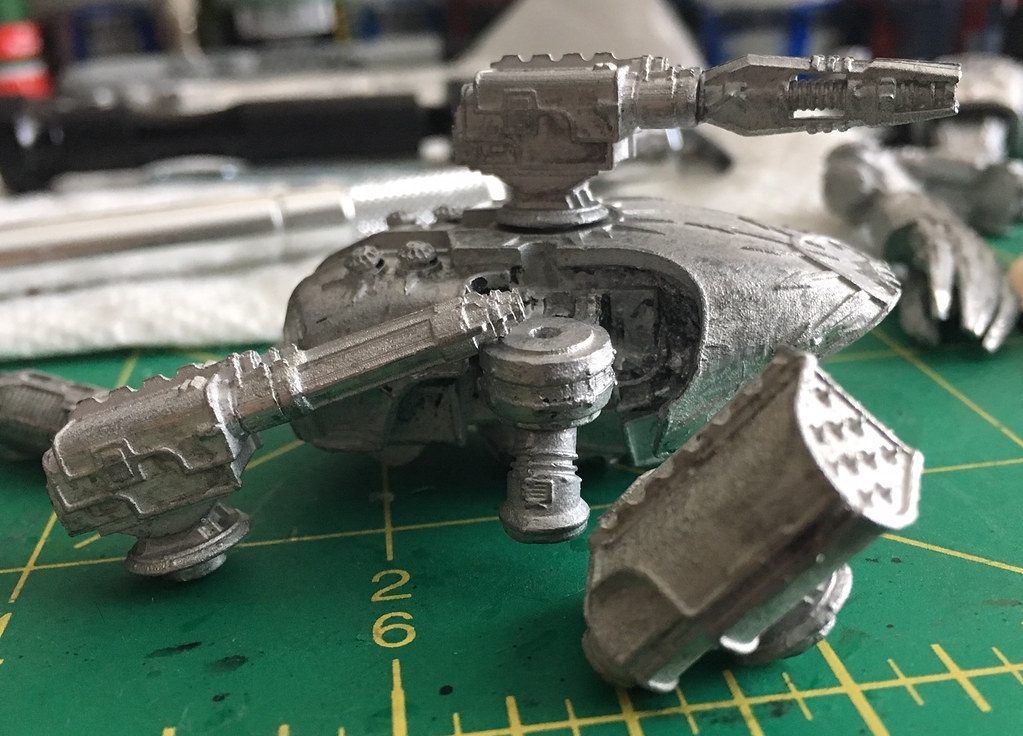 This should set me up pretty well with a weapon system for any occasion, and will let me mix & match hardware for just about any fight I could possibly end up with.  As a final shot, here's everything right before I primed it on Tuesday this past week, giving you an idea of just how much I plan on tackling over the next eight weeks: 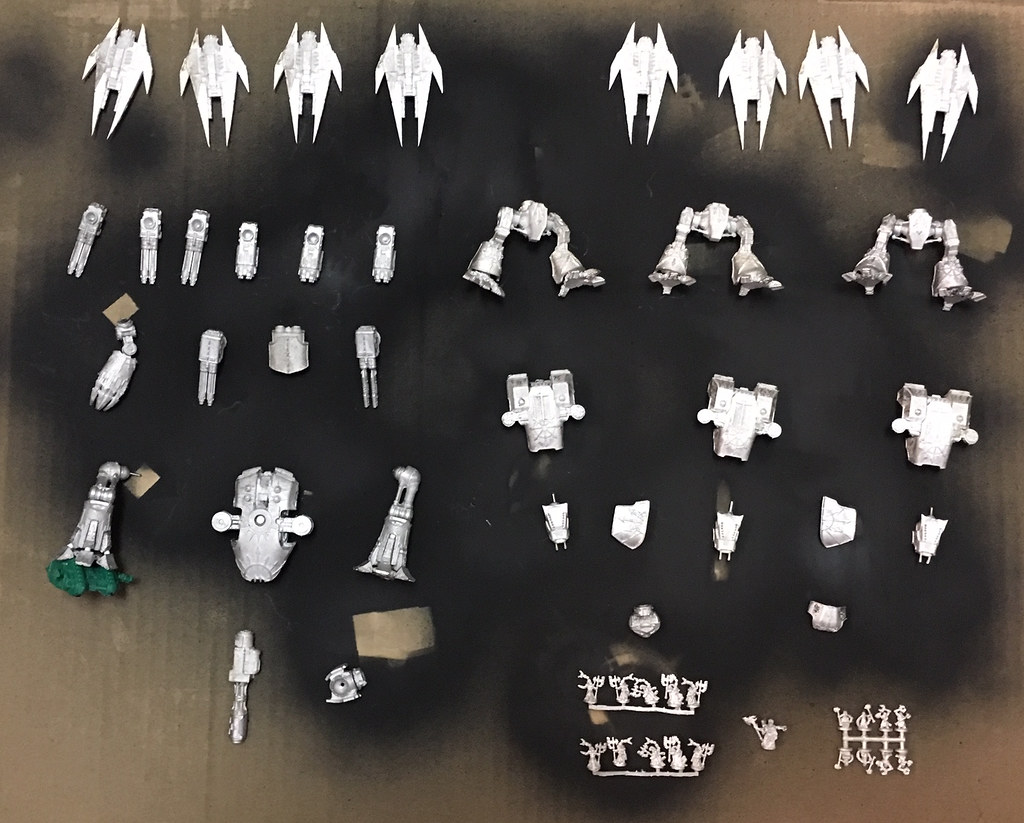