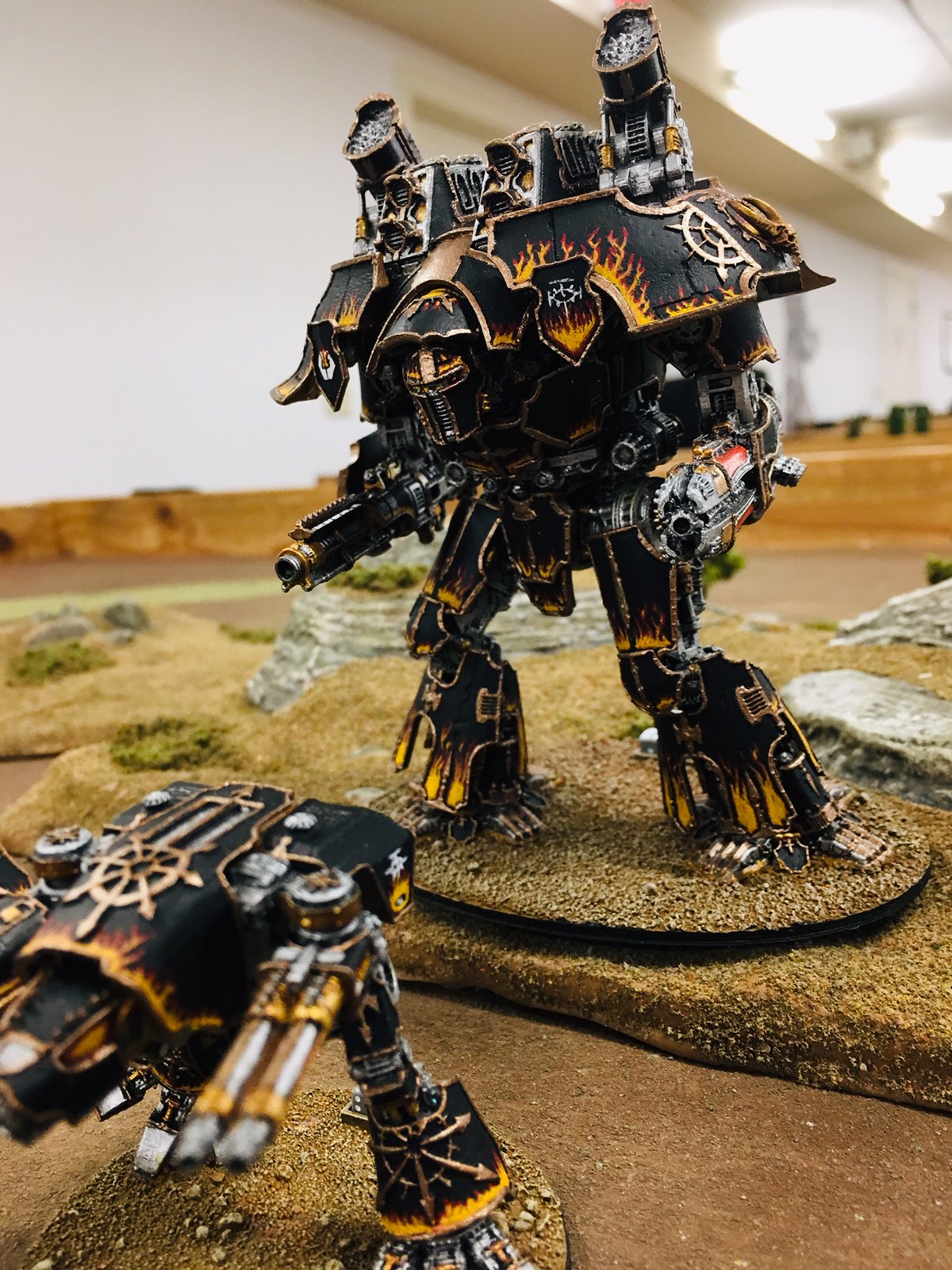 One last NEAT-related post, I promise.  I took some time at the end of NEAT while Dave was working out the final standings to borrow some of his arid scrubland terrain and lay out everything I'd painted for Suturvora as one large battlegroup.

And so, I give you Legio Suturvora's combat strength as of NEAT XII: 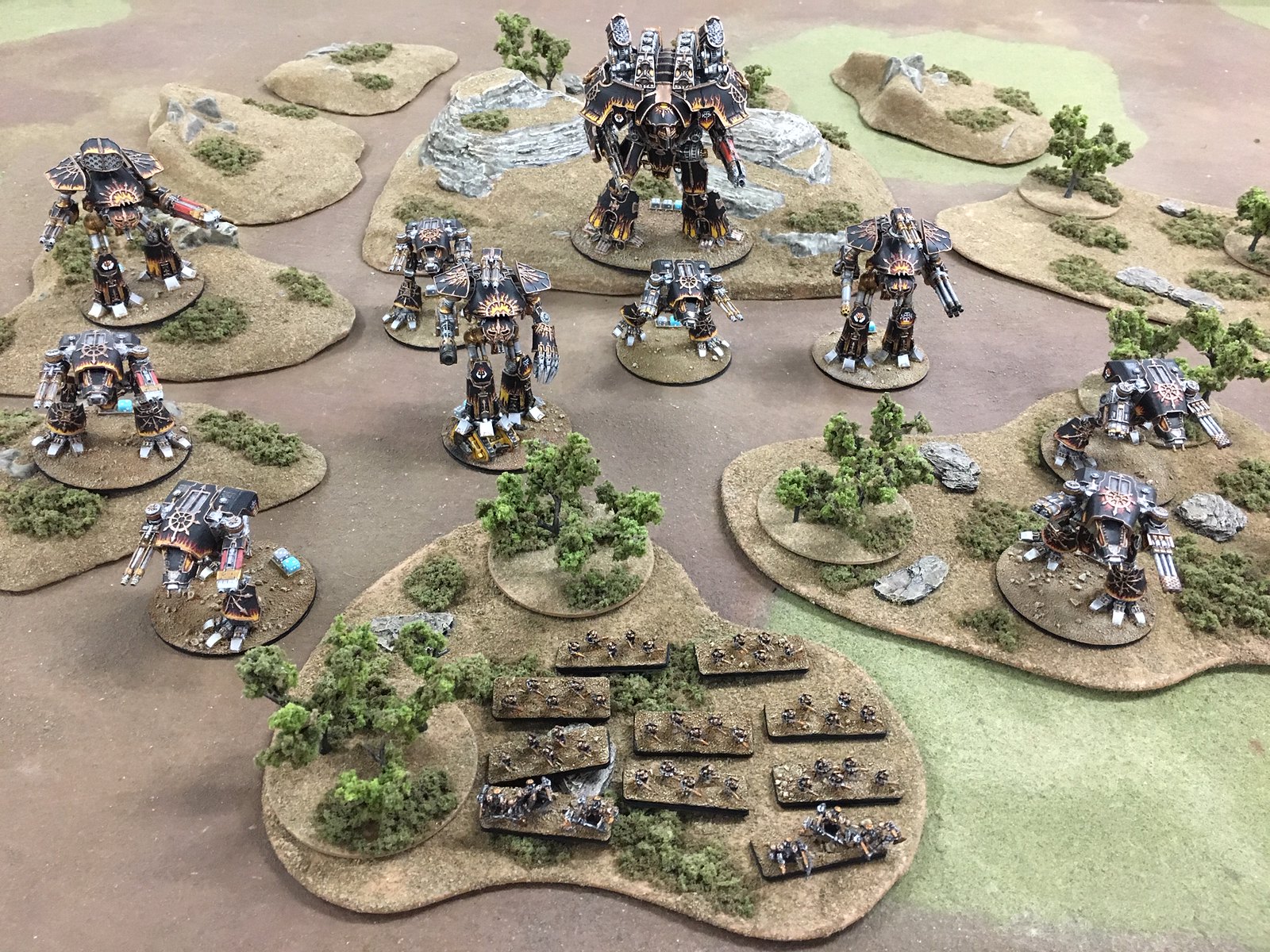 I went through and took some close-ups of various portions of the overall battlegroup as well. 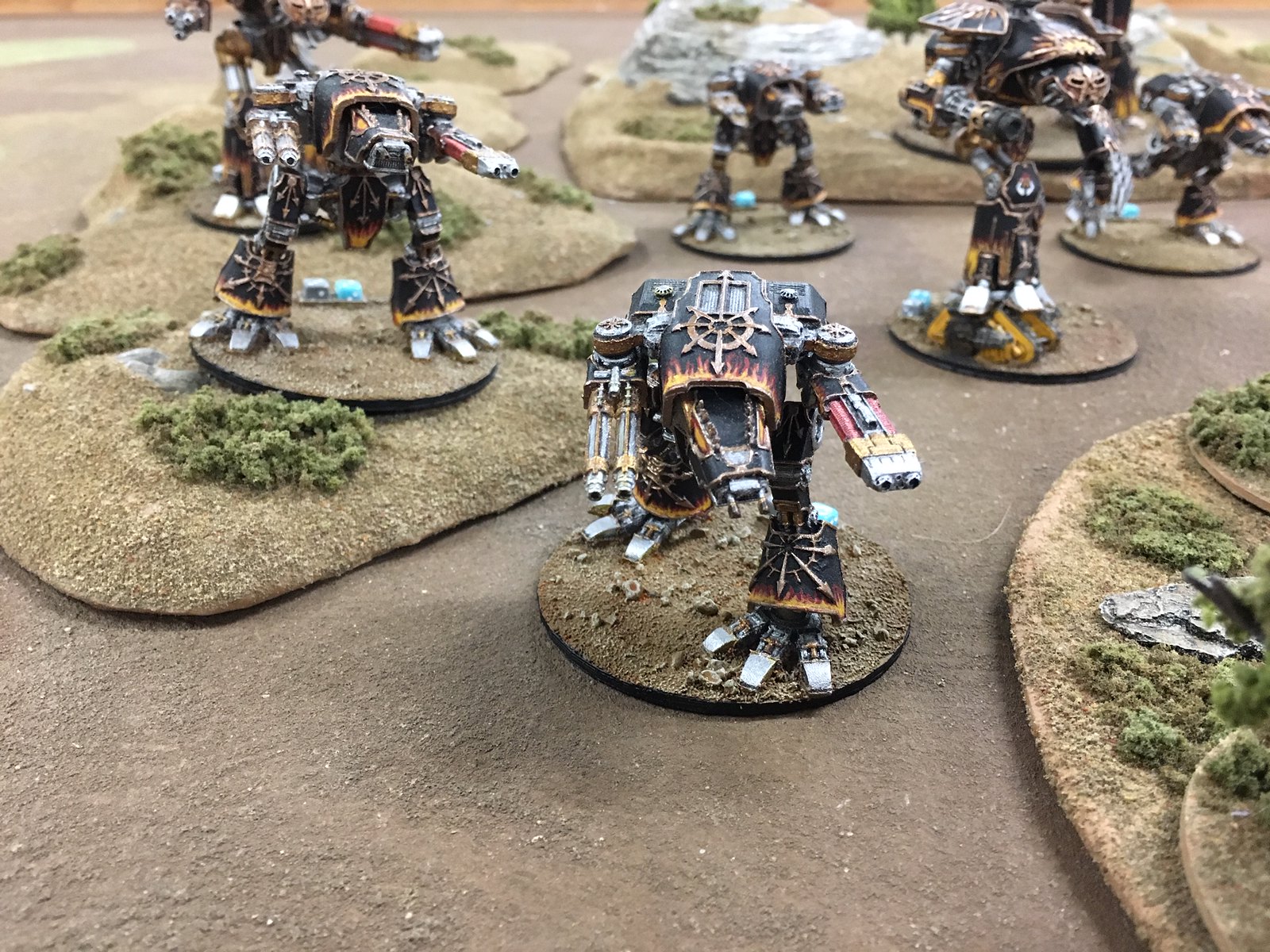 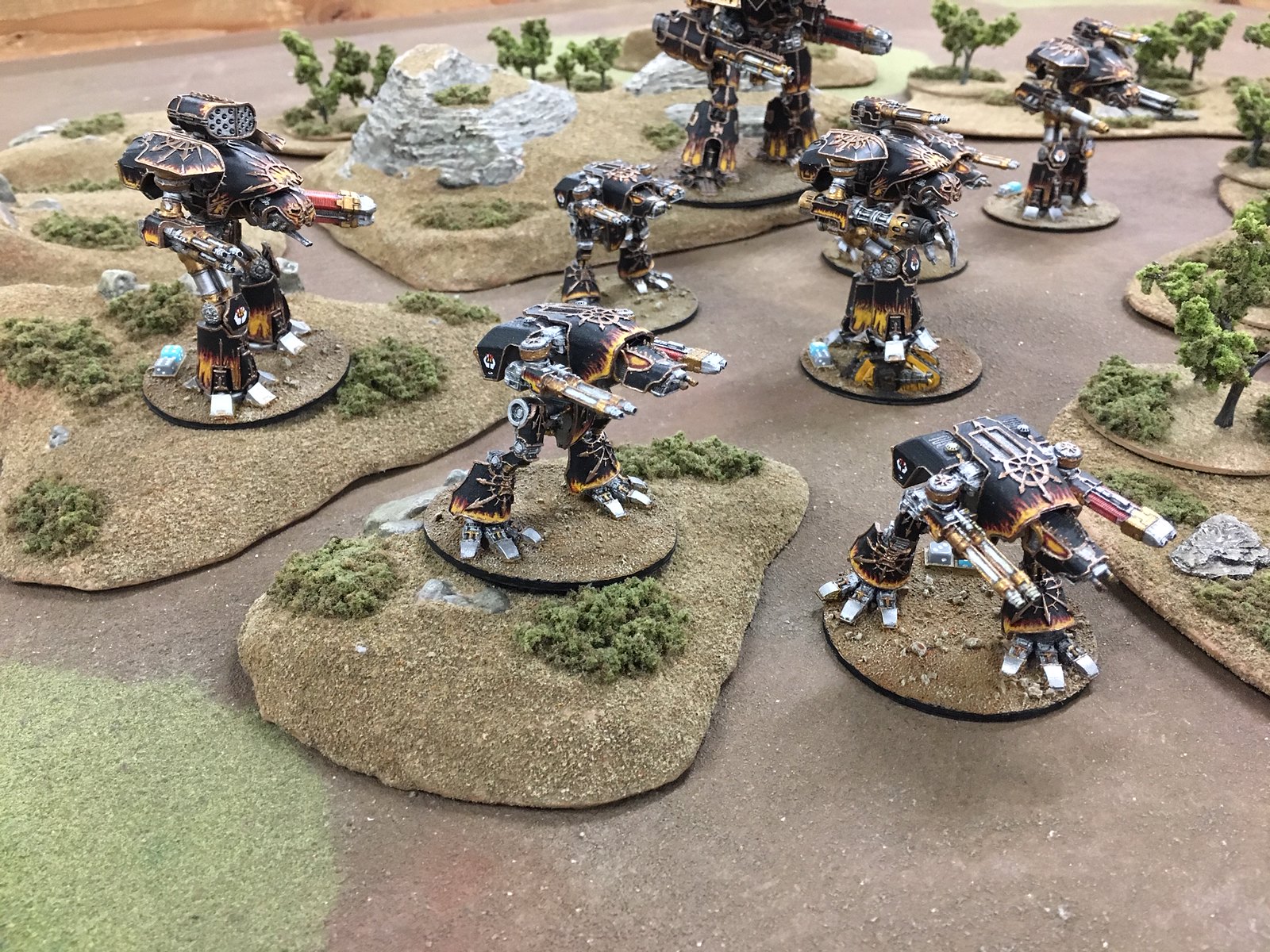 I love how the pose on this Reaver came out, as well as the kit-bashed chaos-style melta cannon I made (mostly for him, or the eventual other close combat-specialized Reaver). 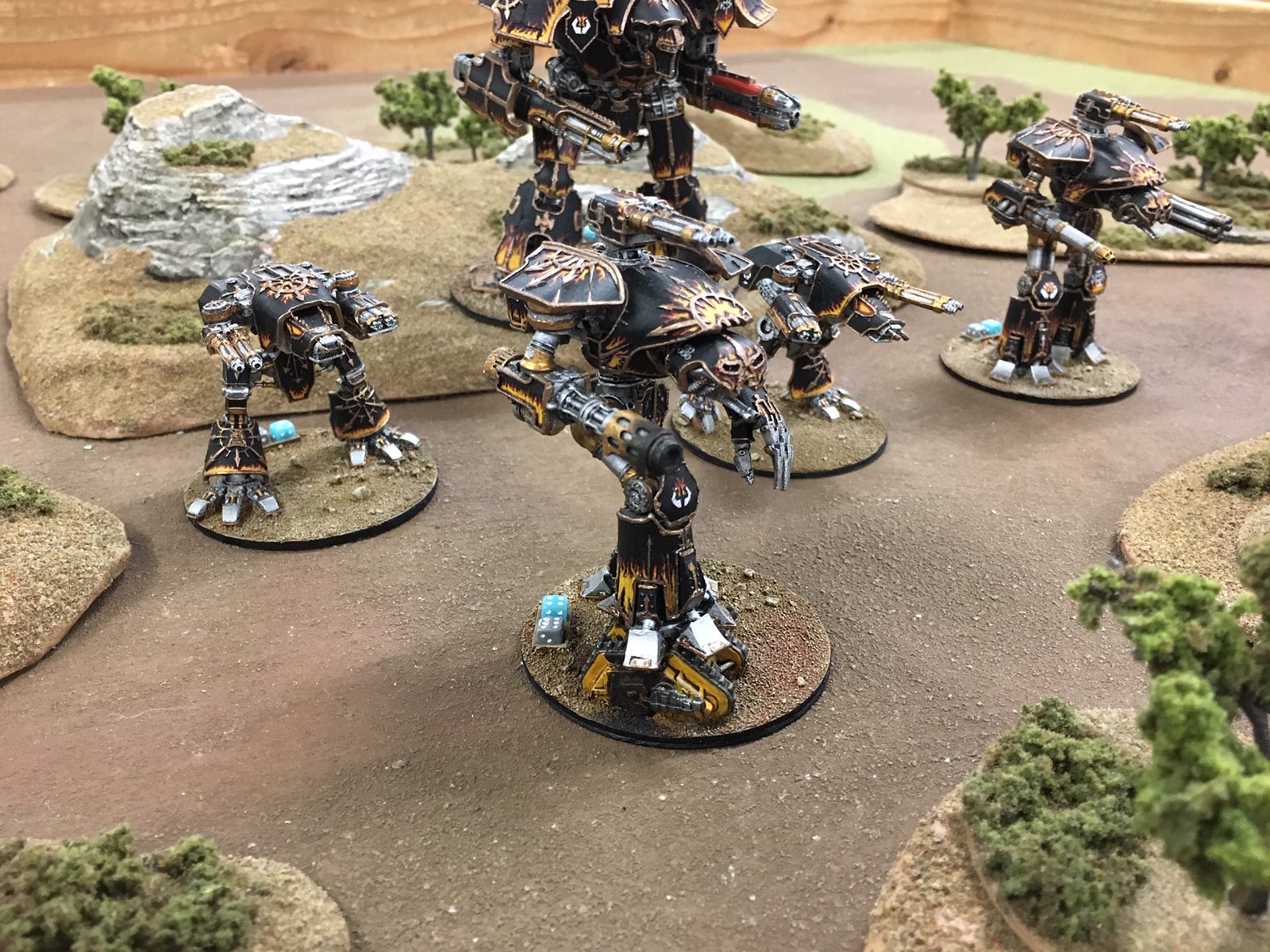 The Warlord was almost as intimidating to build and paint as it's been on the table so far. 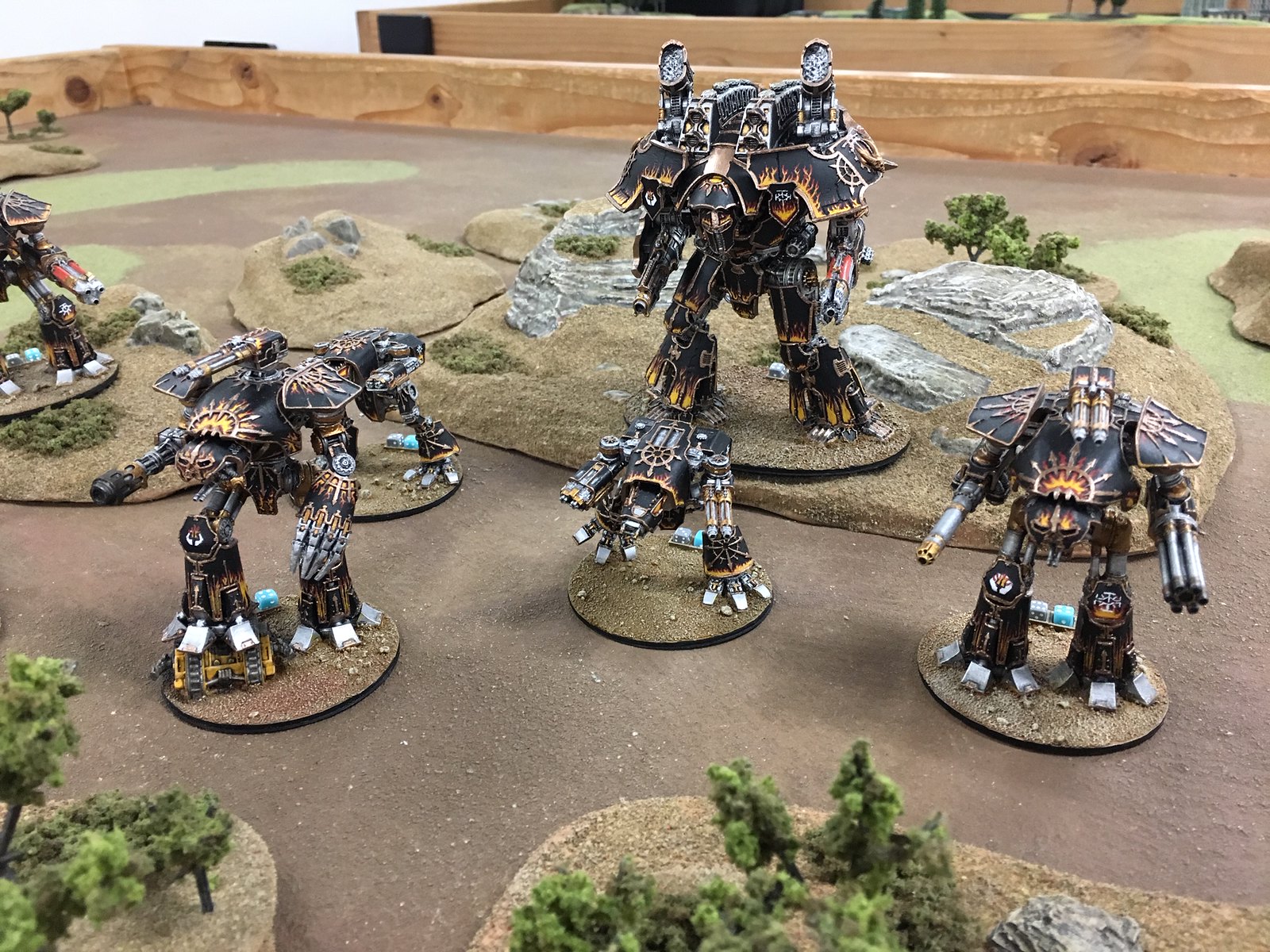 Finally, my infantry support formation (another is on the way, along with aircraft and cybernetica). 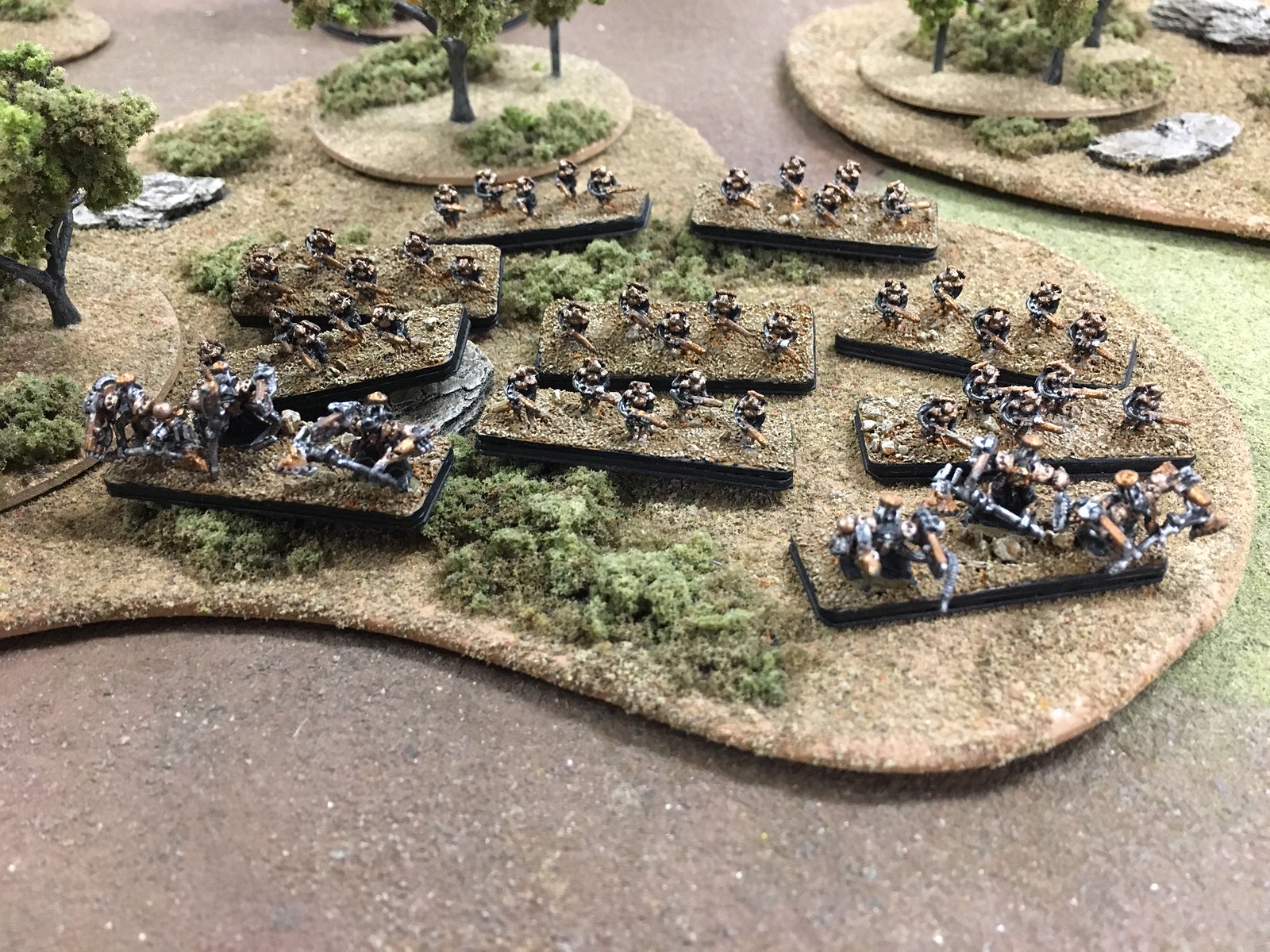 All told, this army has come a long way from last November, and I'm pretty pleased with how they're turning out.  I still have two more Reavers, two more Warhounds (possibly more...), and four more Warlords to paint.  This has only begun!
Adeptus Titanicus AMTL Chaos E:A Epic Epic: Armageddon NEAT Suturvora Titan