July 28, 2019
A quick workbench update - I finished a second Reaver head, as well as carapace turbolasers, a gatling blaster, a melta cannon, another Warhound turbolaser (not pictured), and two more Warhound plasma blastguns (also not pictured), to give myself a little more list flexibility when playing in the local AT18 League. 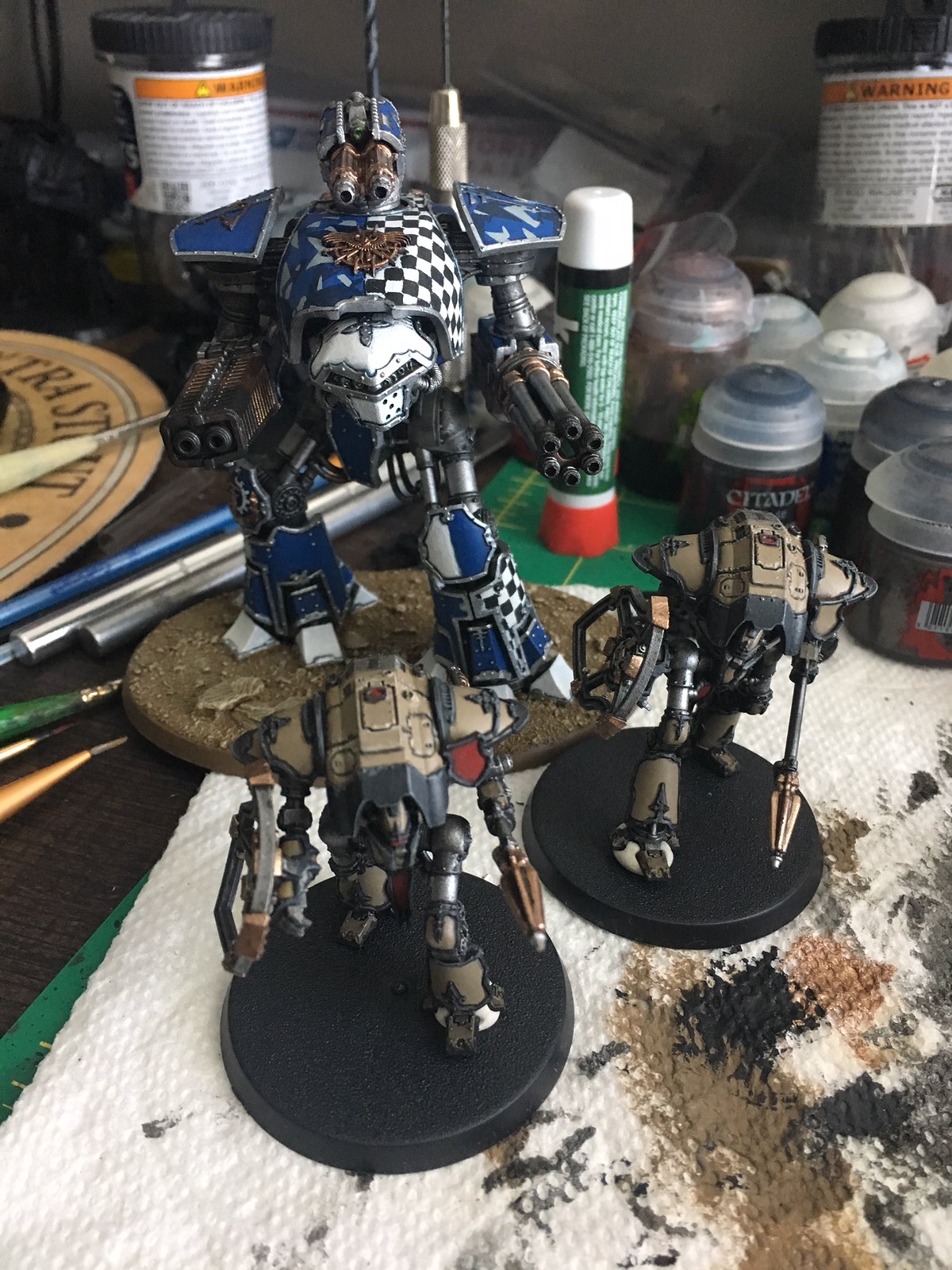 I think the bronze might be a little too bright for the rest of the paint scheme, so I might try knocking it down with another Agrax wash and then maybe just redo the edges in Sycorax.  I finished up the Knights this past Thursday, and thank god too, because we adopted our new dog on Friday night. 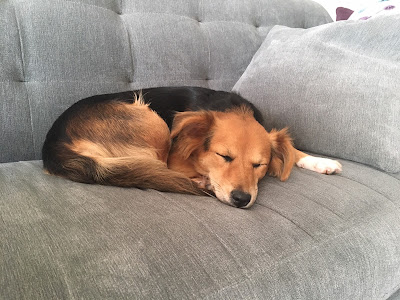 Isn't she a cutie?

As you might expect, painting has come to a crashing halt.  This will probably persist for another week, because I'm headed out of town for work through Wednesday (great timing, right?), but TBH, the Malinax paint scheme isn't all that complicated, and I can probably knock out another 2 Cerastus and 2 Acastus over the next week or two if things aren't too crazy.  That'll at least let me finish out the league with 1500 point games, push up to 1750 with little creativity and another Reaver hull (sitting next to me as I type this, and all of the gunmetal at least is down!).  Holding off on bases until I can justify knocking a whole bunch out at once.