August 20, 2019
Short turnaround here, but this went a little faster than expected.

I managed to paint a bunch of Reaver weapons last week/over the weekend, knocking out a second carapace turbolaser, volcano cannon, and melta cannon, as well as my first warp missile rack(!). So that's going to be fun to mess around with (particularly to snipe off Knights...). 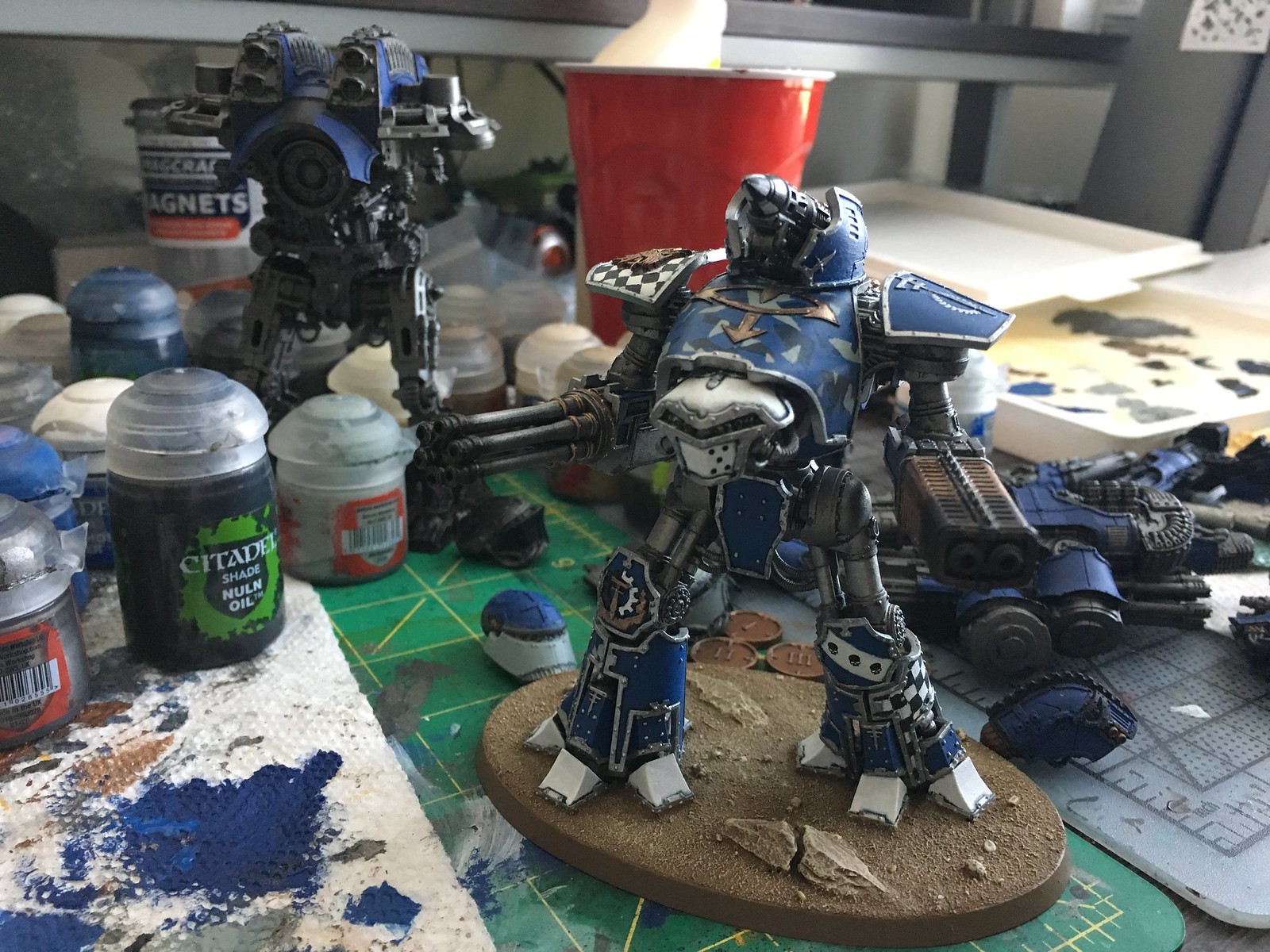 I'm also making steady progress on the Warlord (background), although it won't be done in time for my last two league games - I have a double-header lined up on Sunday.  I had some fun with the warp missile: 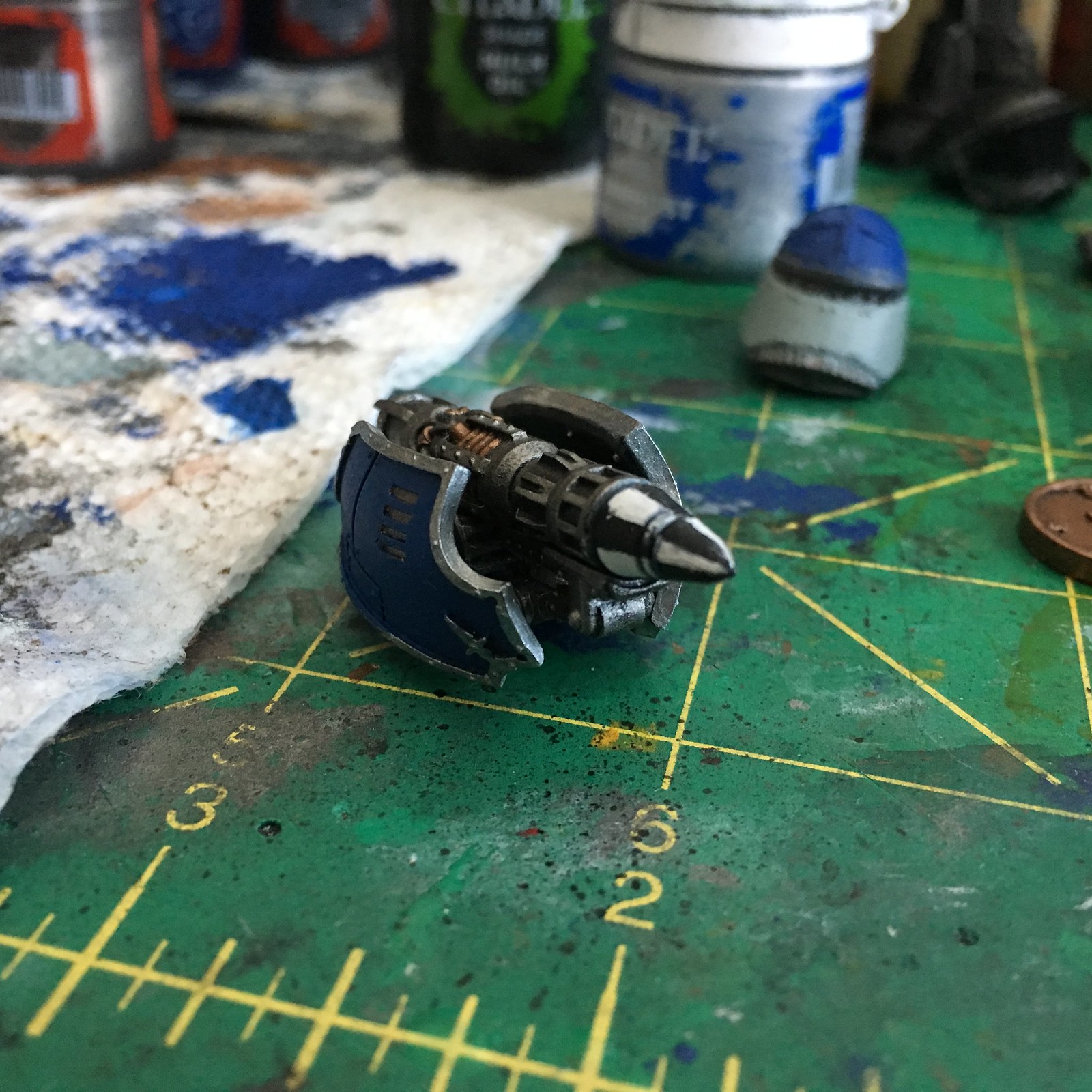 It's fully magnetized, so I can remove it from the launch rail after it's been expended.  I couldn't resist giving it a V2-style checkered warhead either - carapace-mounted ICBMs need to be painted up to be just as over-the-top as they sound!

Finally, I finished knocking out my 6 battlefield assets last night: 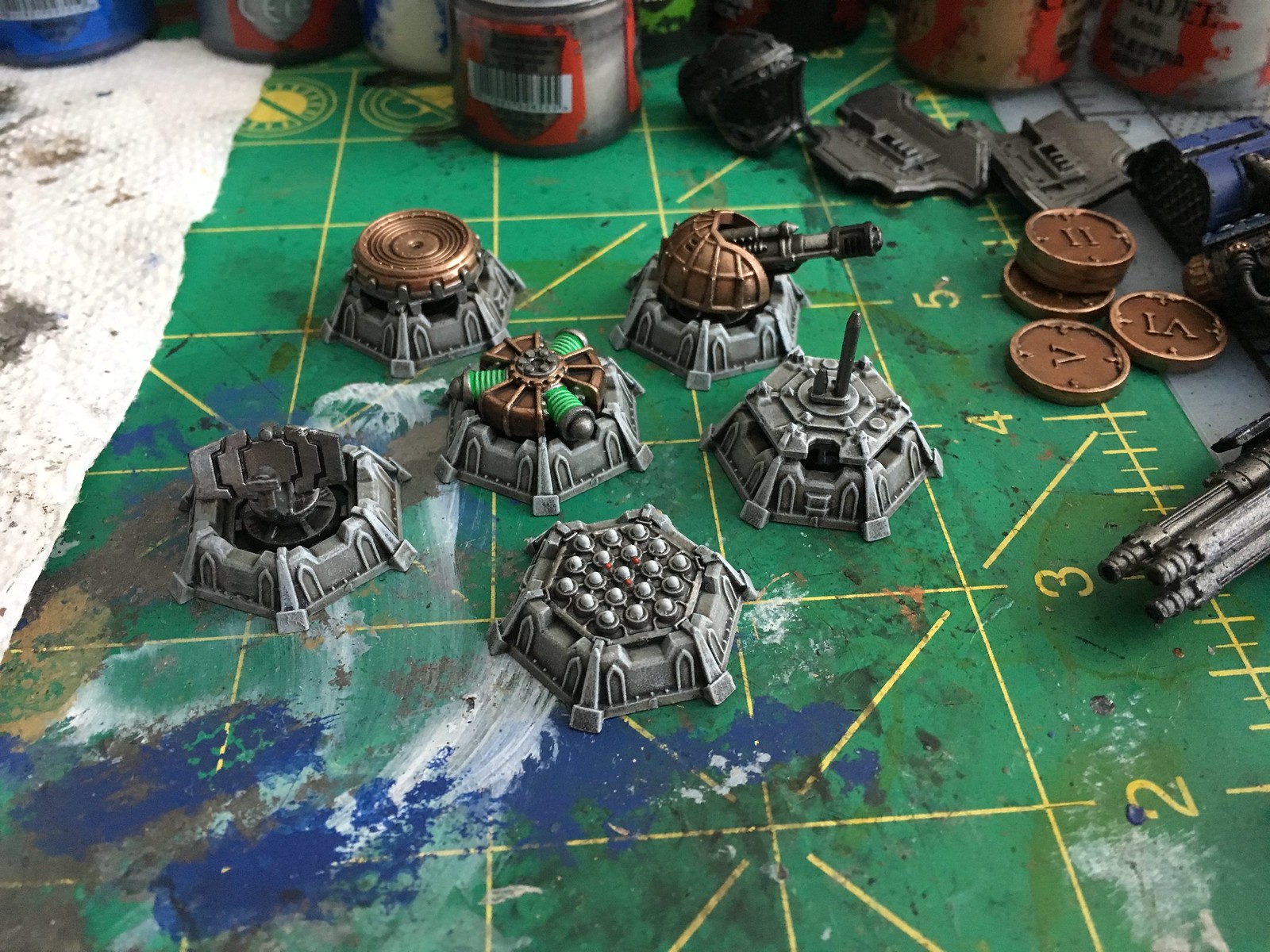 I used these guys as a test run for my planned building paint scheme as well (broadly - celestra grey, washed with nuln oil & agrax earthshade, drybrushed with ulthuan grey), and I'm pretty happy with how they came out.  Coming soon, hopefully, I'll have a couple markers as well for the new Doom of Molech battlefield assets - Forward Observers & Titan Hunter Infantry.  I'll be painting up a trio of MkIV infantry squads in Sons of Horus colors - 1x recon squad and 2x lascannon heavy support squads respectively.  Those probably won't see the table outside of really big battles, but they could be fun little obnoxious things to play with.

I will also be putting together a small "landmines" marker to represent the "Scatterable Mines" / "Haywire Barrage" / "Static Rain" Ranged Support Stratagems, since they all require a marker to be placed before measuring range and checking effects.  Yeah, they're all "one and done" activations, but I'm more than happy to be That Guy when painting stuff up for a wargame I enjoy.

Next post will probably be a status shot of the Warlord, unless I'm breaking myself on it, in which case there might be a banner of Questoris Knights coming...
30K Adeptus Titanicus AMTL AT18 Chaos Heresy Horus Heresy Ongoing Projects Tempestus Titan Titanicus