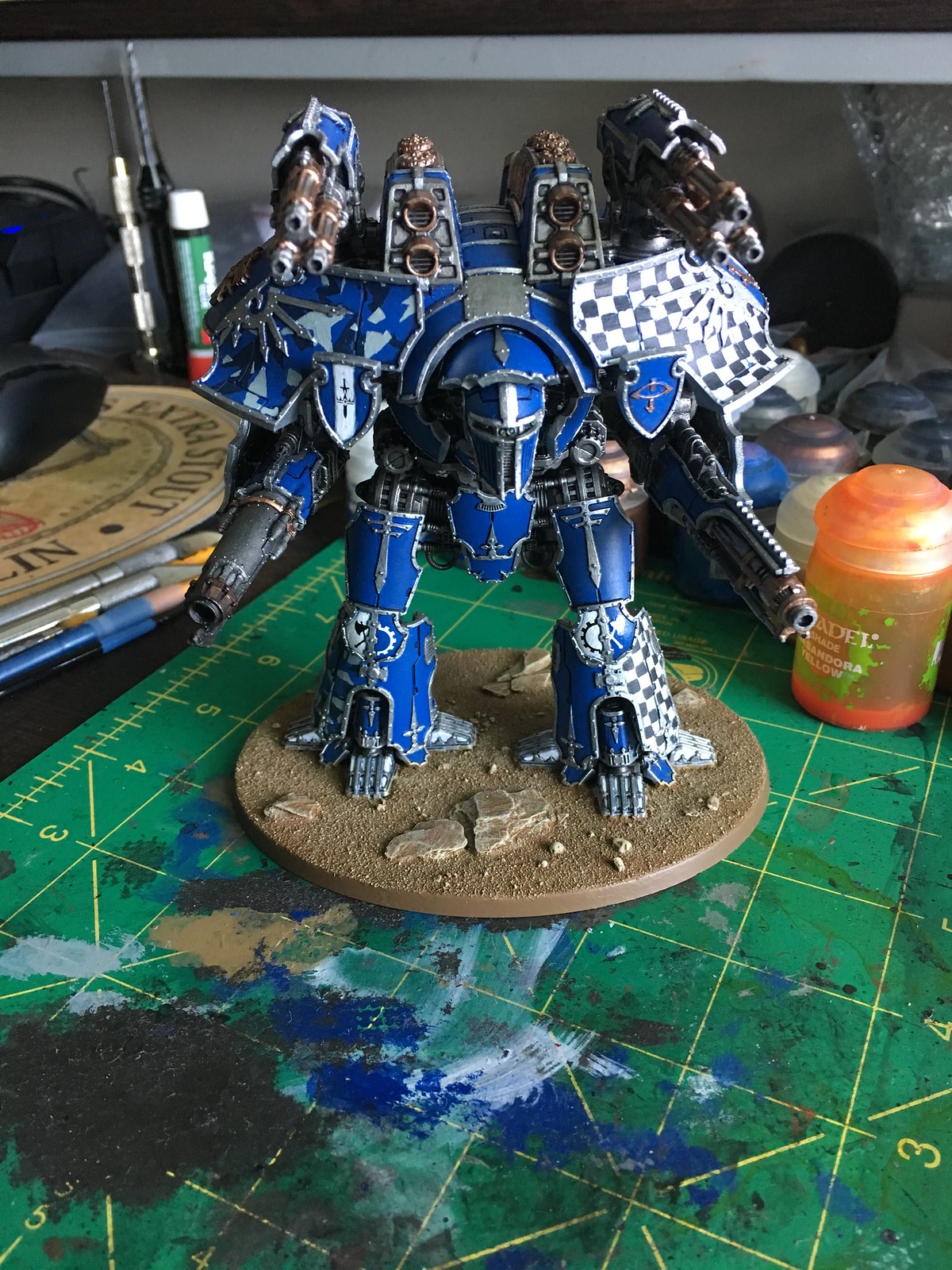 This guy walks off the production line with a Belicosa Volcano Cannon, a Mori Quake Cannon, and a pair of Apocalypse Missile Launchers, as well as a pair of Laser Blasters and a couple of alternative heads for variety (see below). 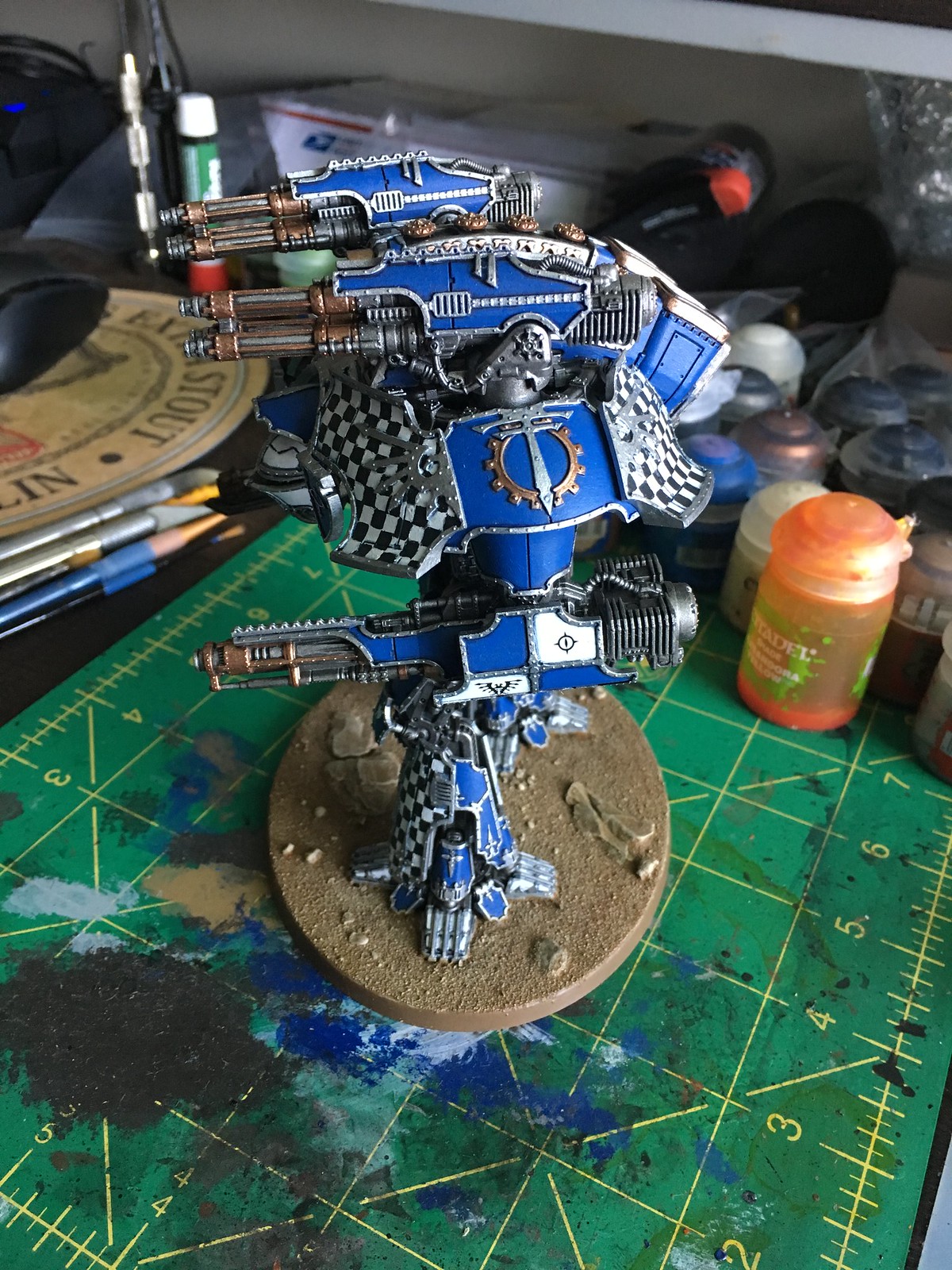 I'm either going to crank out a Macro Gatling Blaster & a Sunfury Plasma Annihilator for him next, or do a Banner of Questoris Knights next as a palate cleanser. 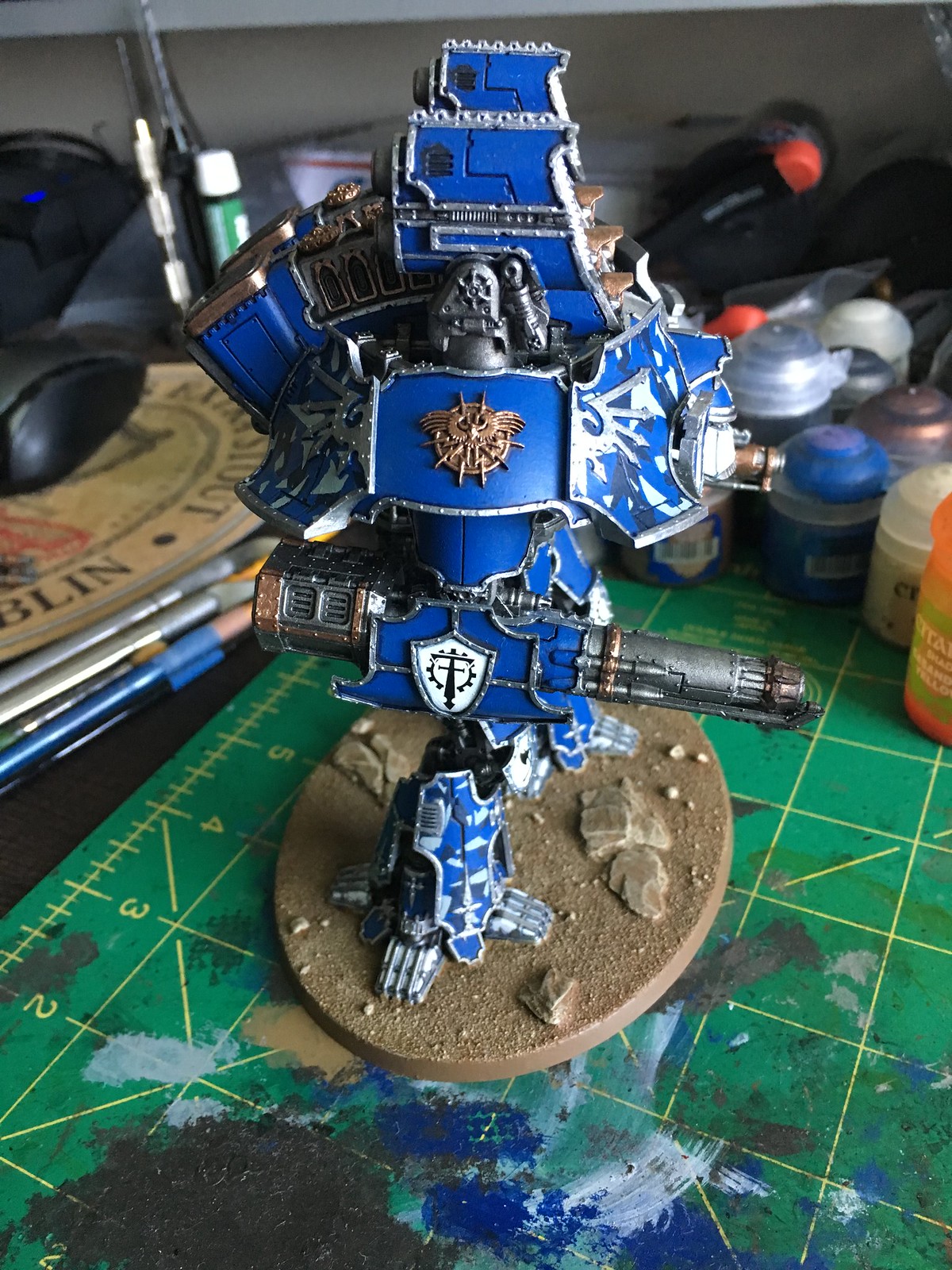 Also, I've decided that I like small decals much more than large decals.  Trying to keep that cog & T under control when applying it was a bear. 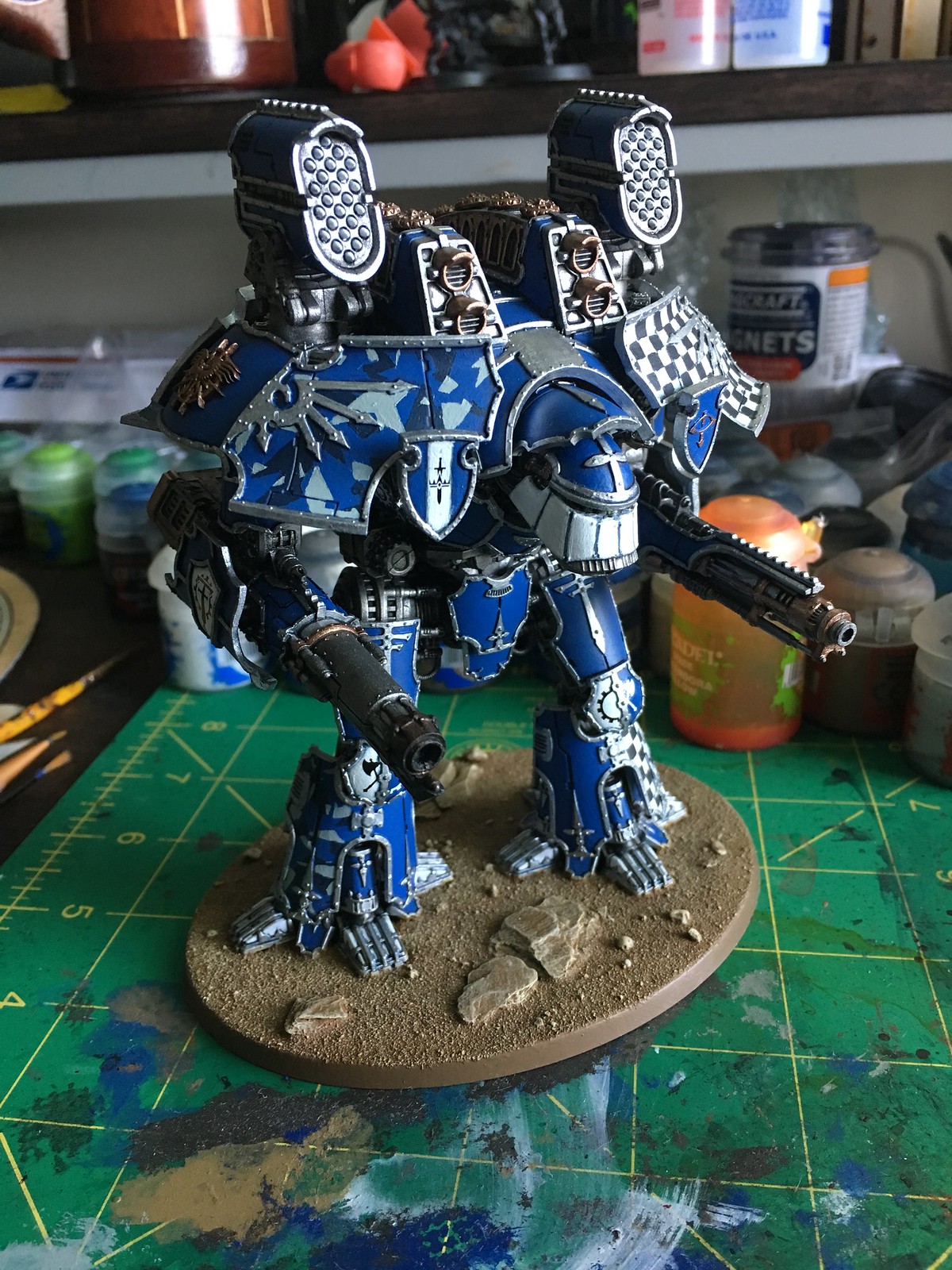 I have to say though, I really enjoyed working on this guy.  The challenge is going to be using him, because I'm not entirely sold on the Axiom Maniple at 1750 points, and both the Fortis and Dominus Maniples are really pretty static.  It's hard to give up my Ferrox Maniple and high-powered flanking Warhounds, but dropping this guy on the table should probably do a decent job of herding people into the Reavers' & Warhounds' kill-boxes, so we shall see.
30K Adeptus Titanicus AMTL AT18 Ongoing Projects Tempestus Titan Titanicus