September 10, 2019
Hoo boy.  Three weeks without getting a game of any sort in - I'm going through withdrawls here.

After completing the Warlord and its initial weapons loadout, I managed to knock out another volcano cannon, the gatling blaster, a pair of plasma annihilators, and a pair of turbolaser destructors too (Reaver carapace turbos, with the mounting cavities filled in with greenstuff and magnets sunk in). 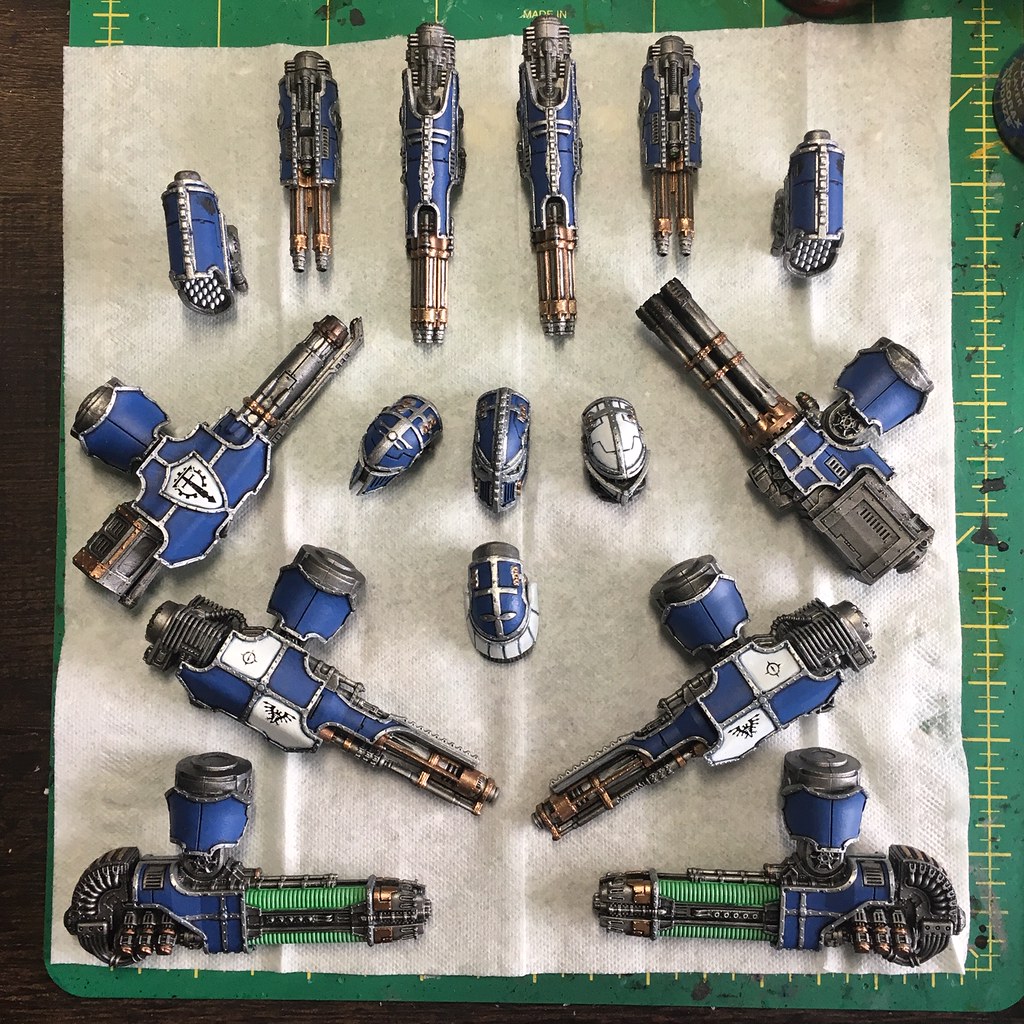 So at this point I have enough firepower for three different Warlords, although I'm not in a rush to get that many built up and painted just yet.  After getting those painted up, I knocked out another 50 command terminal tokens, since you pretty much need 5 per titan, which means if I want to host a full game for two players, I'd need at least two sets painted up to cover core status trackers, crits, and potential Knight support, etc. 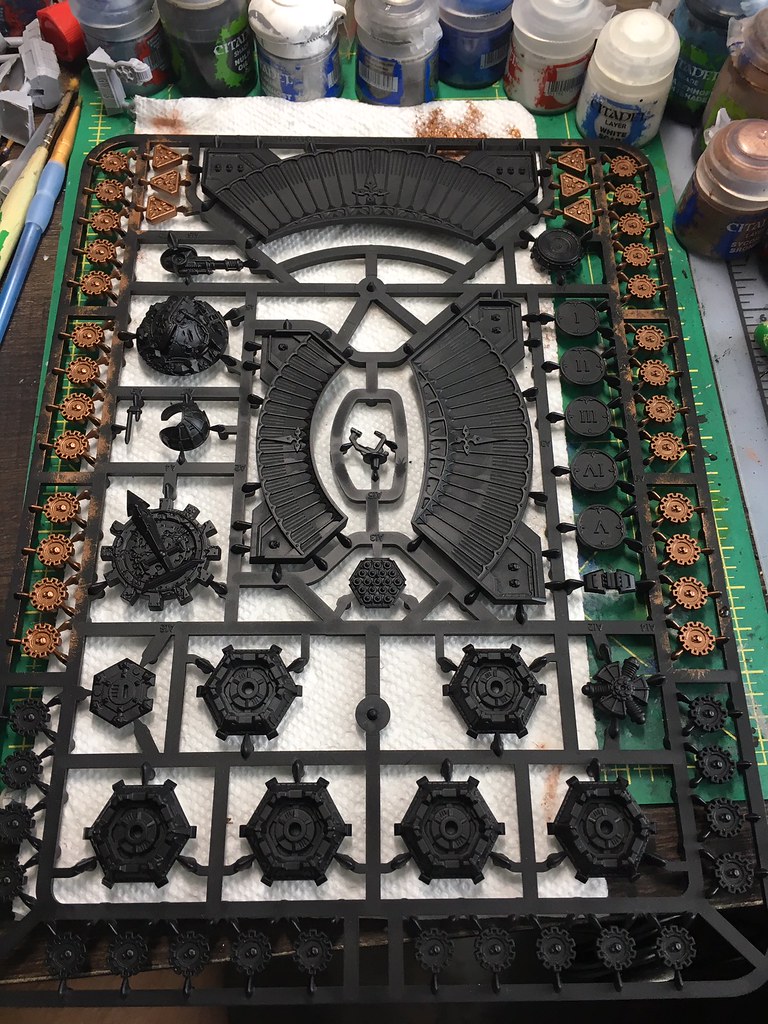 WIP sprue here, since I didn't really feel like going through the trouble of dumping out the bag full of them and trying to figure out which 50 came from the second sprue ;)

So that gets me caught most of the way up to the present on painting... so what's next?  Well, I've built another four titans for Tempestus, which I will be painting a little later this fall: 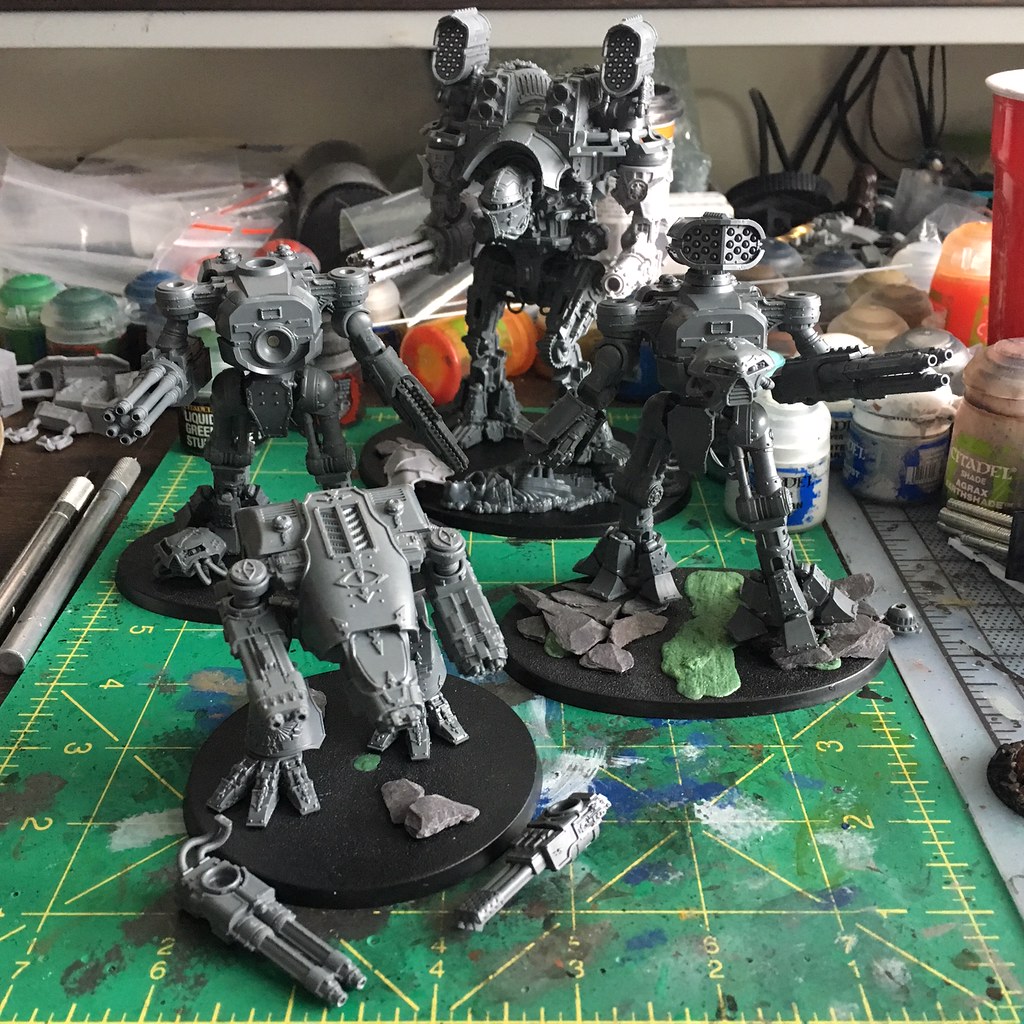 That gets me a second Warlord so I can run Myrmidon and Regia maniples, two close combat Reavers so I can try out the Corsair maniple and start body-slamming my opponents, and a fourth Waround so I can break them down into two squadrons, or run a trio and take the fourth as Mantellum Fulmen in bigger games.  This batch will see a second Apocalypse Missile battery for the Warlords (the best shield-stripping option I have if I want to go WYSIWYG until Gatling Blasters come out), as well as the second Mori & Macro for the Warlords, and another set of mid/long-range engagement weapons for the Reavers (not really sure I need a third volcano cannon or melta cannon just yet...).

But again - these guys aren't next on the painting desk. 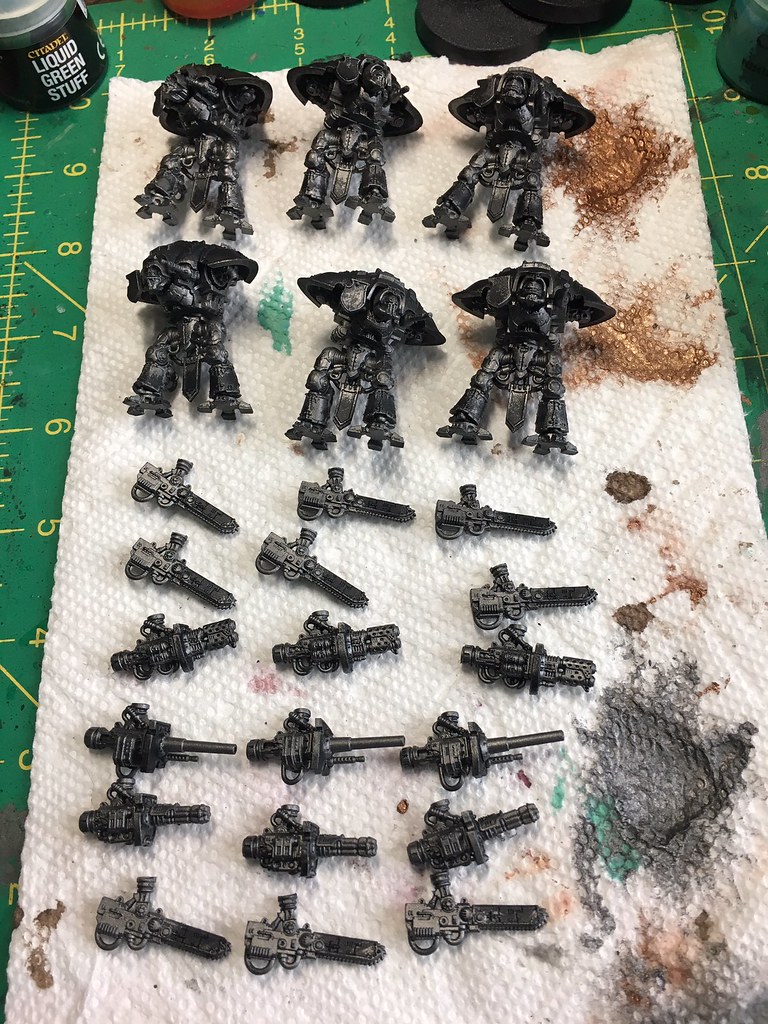 That's my 6 Questoris Knights for Malinax, for now, and then I need to switch over and get some serious work done on my Warmaster Chaos horde for Fall In! this November.  I have ~2 months - hopefully that'll be enough to paint 2000 points worth of Warmaster.

I was feeling like I needed a break from all the blue - be careful what you wish for - so let's see if I can knock out half a dozen knights real quick... and then it's all the flesh tones, crimson armor, and brass trim I can paint until I go crazy.  Hoping contrast paints might make that go a little faster.

Also, one more thing, a test job for what comes next after I finish up Tempestus' Wave 4... 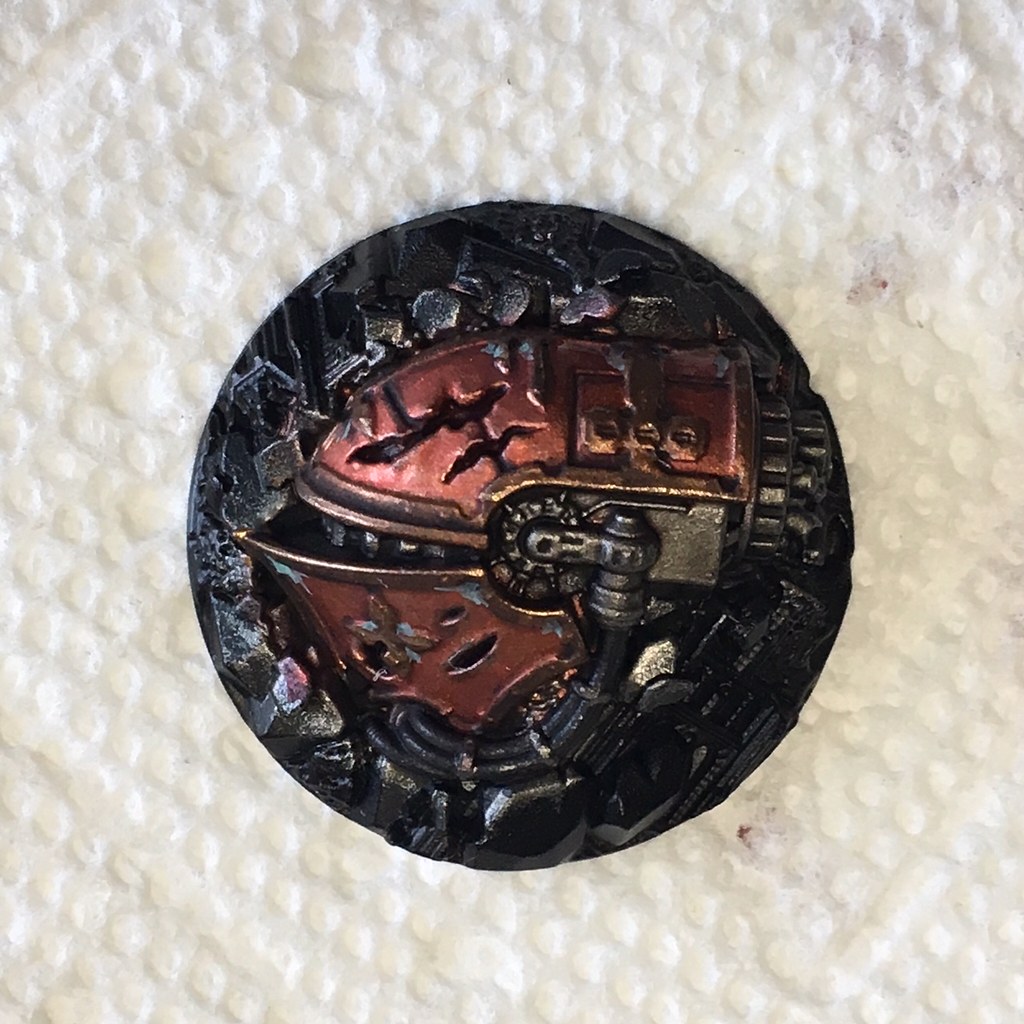 Legio Fortidus isn't forgiving anyone for the betrayal...