October 01, 2019
First, a little background.  I got into Warhammer 40,000 in junior high.  A friend had just come back from visiting relatives in England and brought back the Warhammer 40,000 2nd Edition box with him, courtesy of his uncle.  So if my wife is looking for someone to blame, it's Jeevun's British uncle; a man I've never even met ;)

This was probably 1996, and GW was only months away from re-releasing Space Marine as (the widely-panned) Epic 40,000.  From that first White Dwarf image with a horde of Orks rolling hot toward Imperial fist armor and a Lucius-pattern Warlord Titan, I was hooked.  Titans were bought, boards were built out of felt-wrapped plywood, and my brother and I fought "Titan Rumbles" between our massed Ork and Imperial forces across some extremely basic terrain.  Eventually those plywood panels were draped in white fleece for a 3rd edition 40K snow battlefield, later paint-flecked black felt for Battlefleet Gothic, and finally ignominiously retired to serve as laundry room equipment for my mother when I went off to college, but I never shed my dreams of a massive urban tabletop for Epic.

I'd always wanted something I could roll columns of tanks down - a wartorn urban landscape full of demolished buildings, sprawling rubble piles, and shattered statues, where the next city block could hide a lurking Warhound, or a dug-in line of vindicators awaiting foes to wander into their killbox.  But that wasn't enough - I'd dreamt of taking the battle into three dimensions, adding a sewer system for Genestealers to infiltrate through, and massive elevated highways for jump troops to perch on, staging the next assault.  I wanted pitched battles around a monolithic statue of the Emperor, and Eldar grav tanks skimming up an aqueduct to outflank dug-in positions.  I spent many bored hours in lecture halls over the college years, sketching out what I'd want this city grid to look like.  But honestly, was I ever going to be able to build this dream tabletop?

Fast-forward 20+ years, another edition of Epic, and the re-release of Adeptus Titanicus.  I'm now 35, surprisingly financially stable, married with one dog, no kids, and still playing 6mm wargames... so why haven't I built a dedicated wargaming table yet?  Hey, what's this shop I found while skimming around looking at Necromunda terrain? 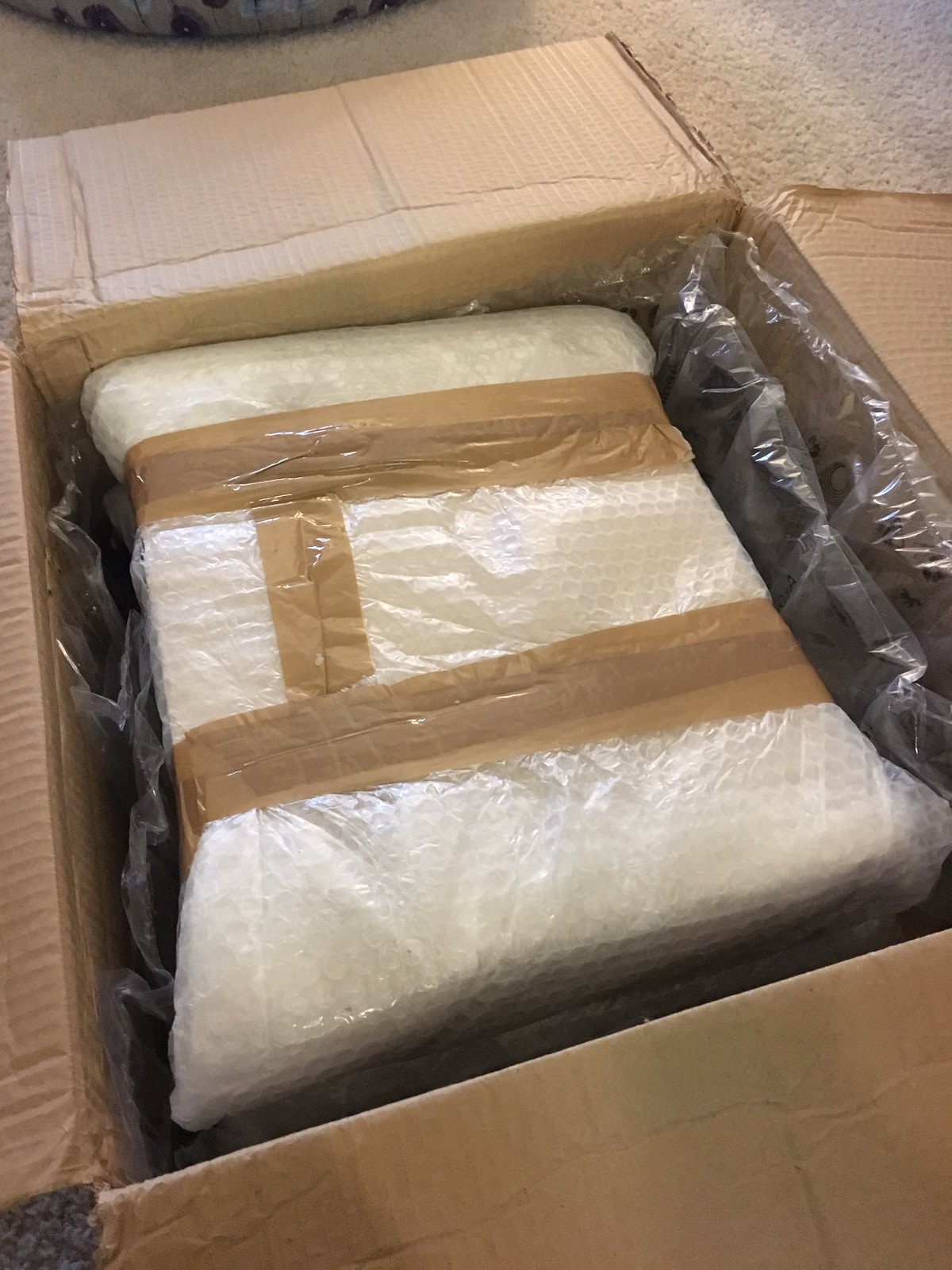 It took some negotiation to allow my hobby stuff to colonize my office as it was.  Yeah.  My wife's gonna kill me.  So assuming I survive the week, this is going to be my off-and-on hobby project for the next few months: 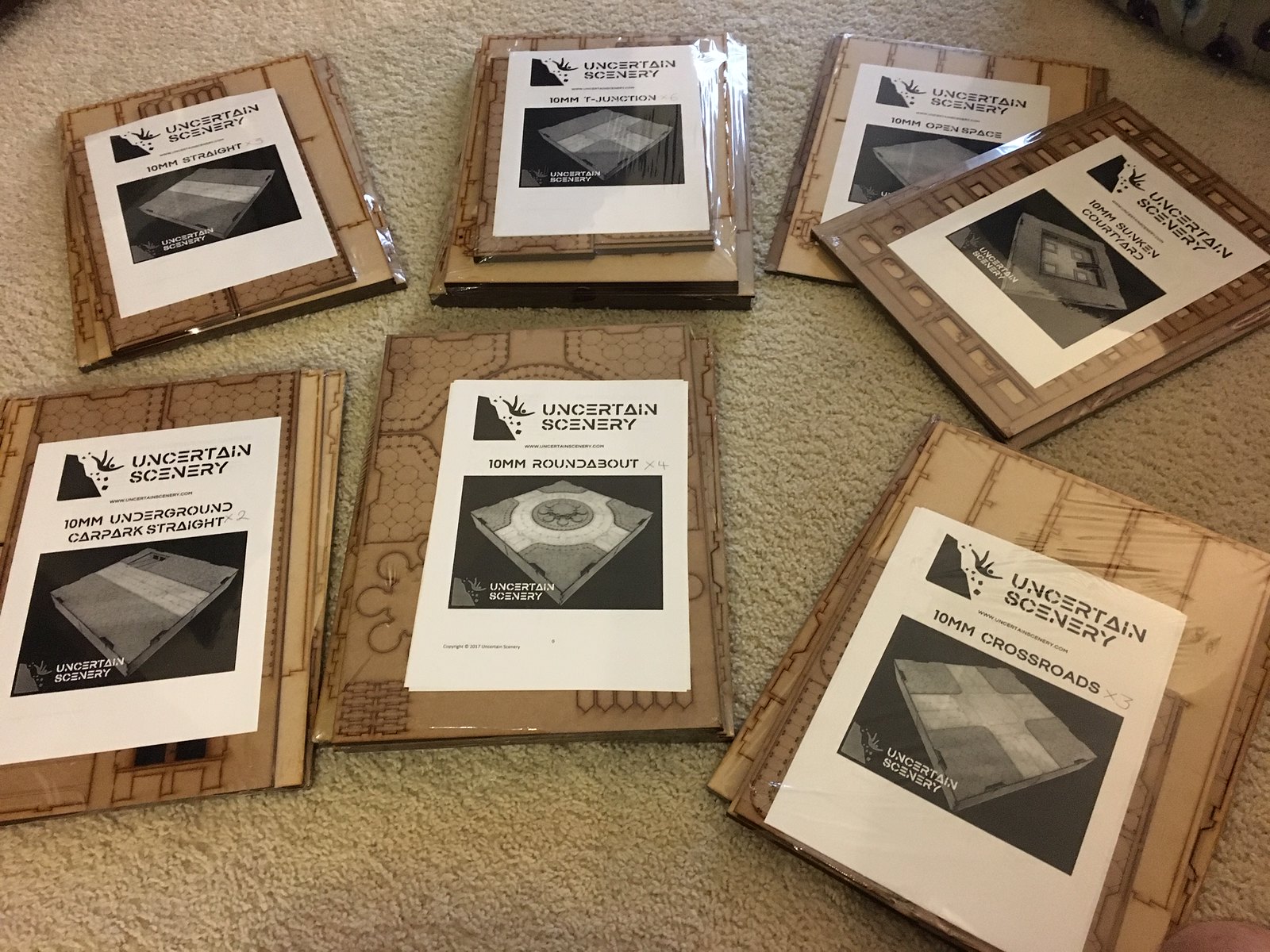 Say hello to a 4x4' city table intended initially for Adeptus Titanicus, and eventually to be expanded into a 4x6'+ table for Epic:  Armageddon with the addition of sunken roadway and elevated hill sections.  Craig Birks deserves the shout-out too (I mean, how often does anyone reading my blog see me do product placement? I haven't even opted in for Google's AdSense).  He's taken the detail all the way down, going as far as carving out the security grates on the sunken garage entrances. 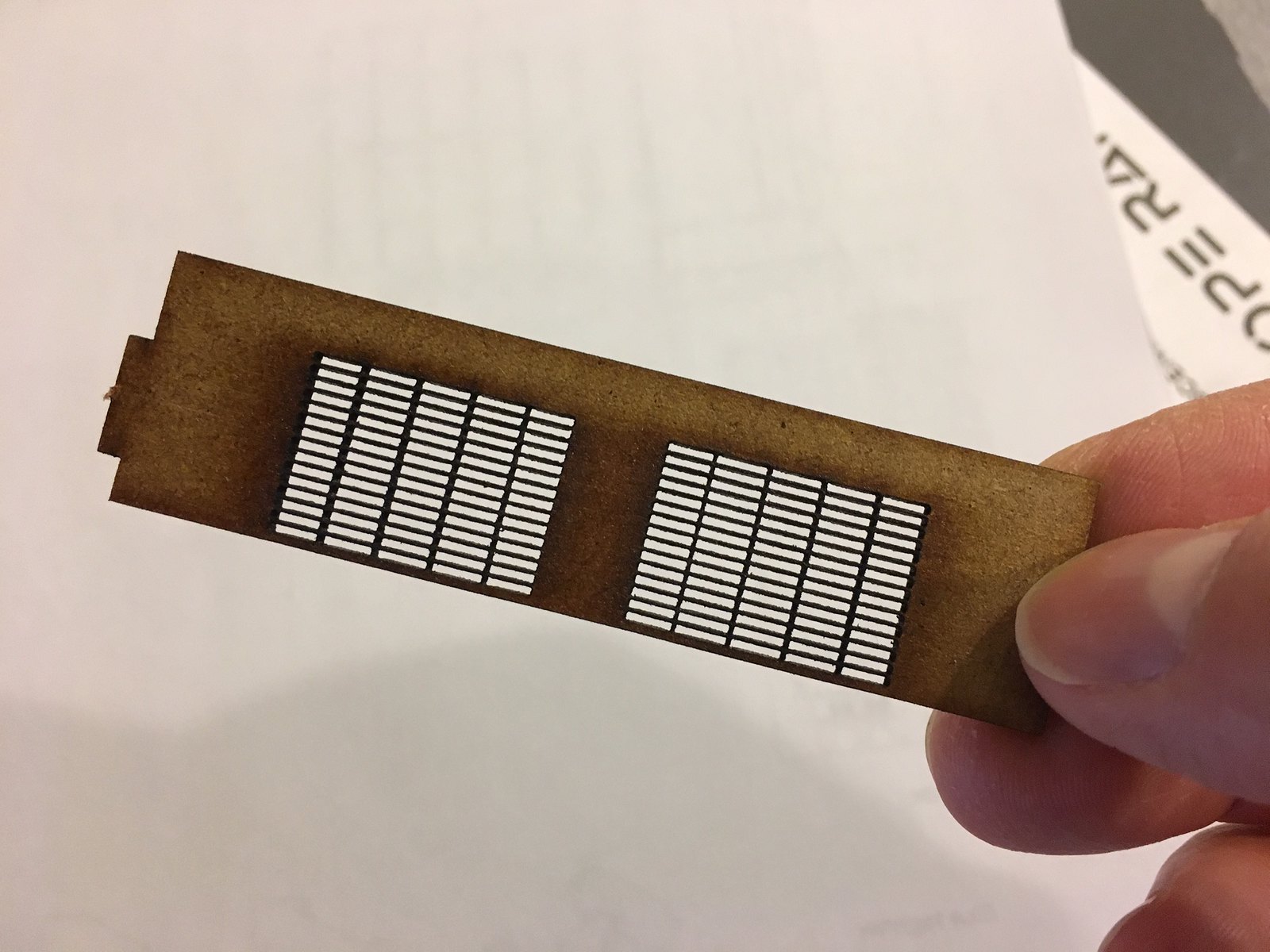 So yeah, the tiles fit together snugly, and the 2" deep, battened panels hold up just fine.  No complaints at all so far with my test tile, and I can safely say that the ~10mm board panels work just fine with 8mm & 6mm models (more pictures later). 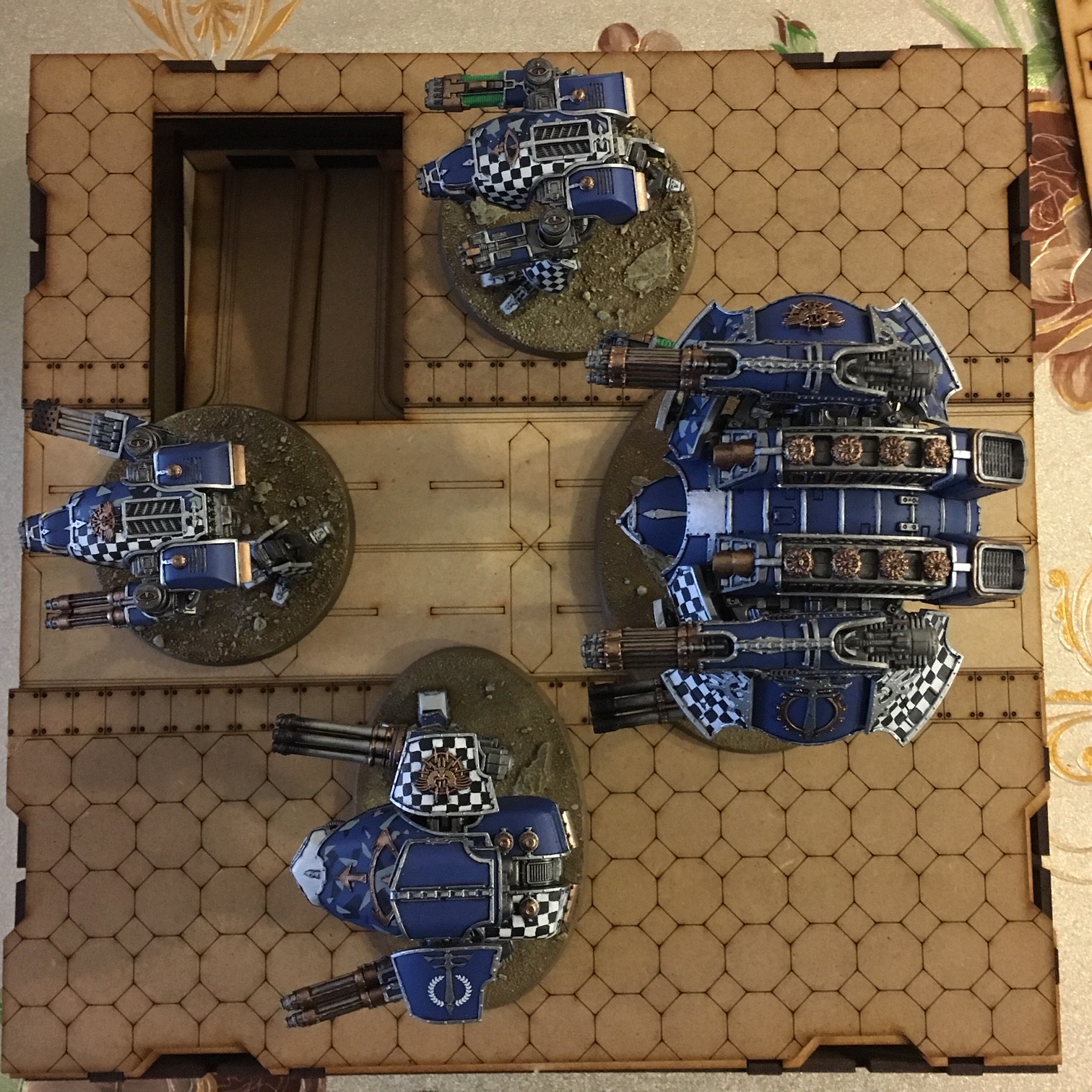 The biggest challenge is going to be working some fine texture onto the panels as I seal them (roadways shouldn't be *that* smooth even at this scale), and then painting these beasts.

Wish me and my build buddy luck! 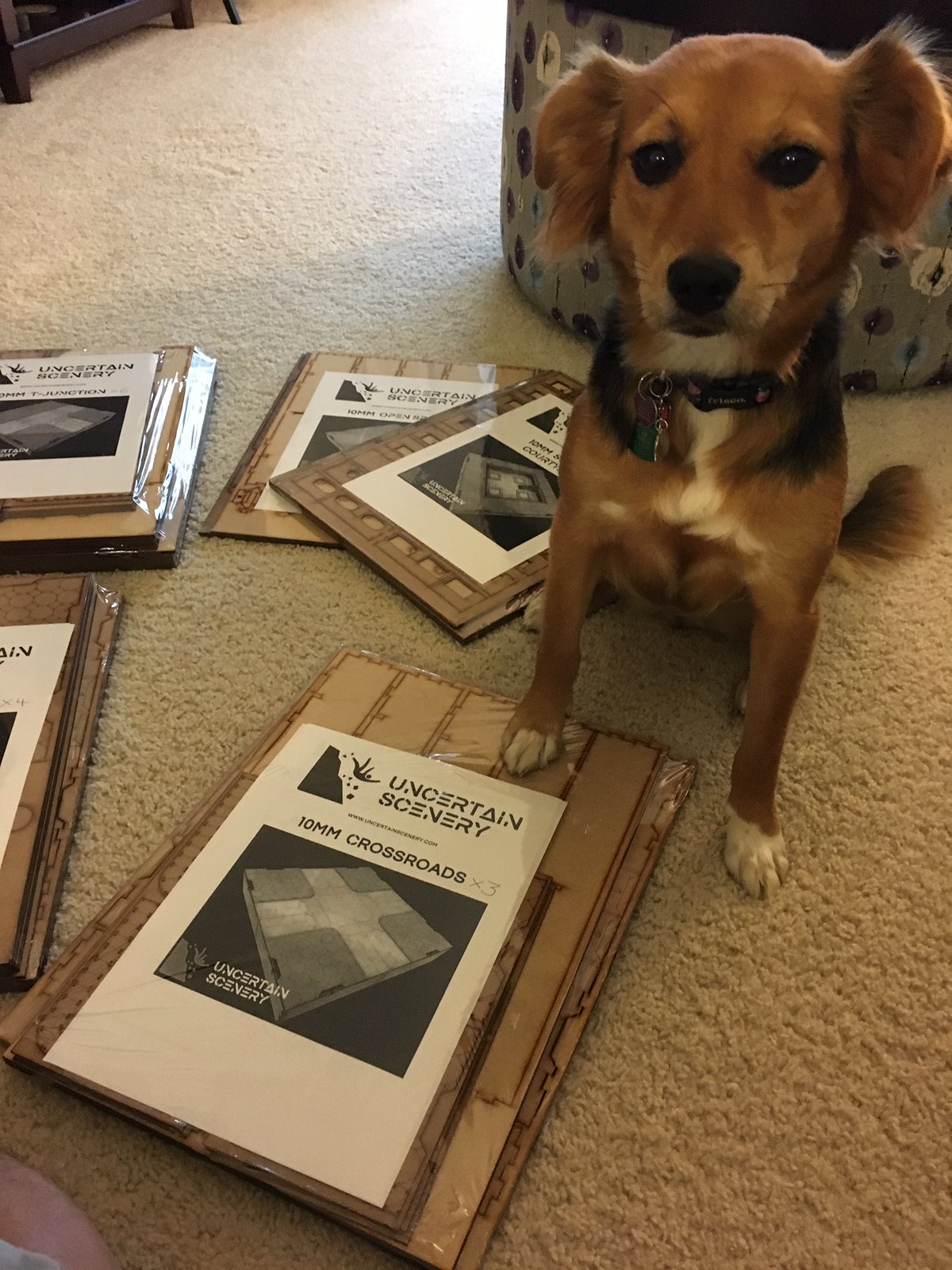