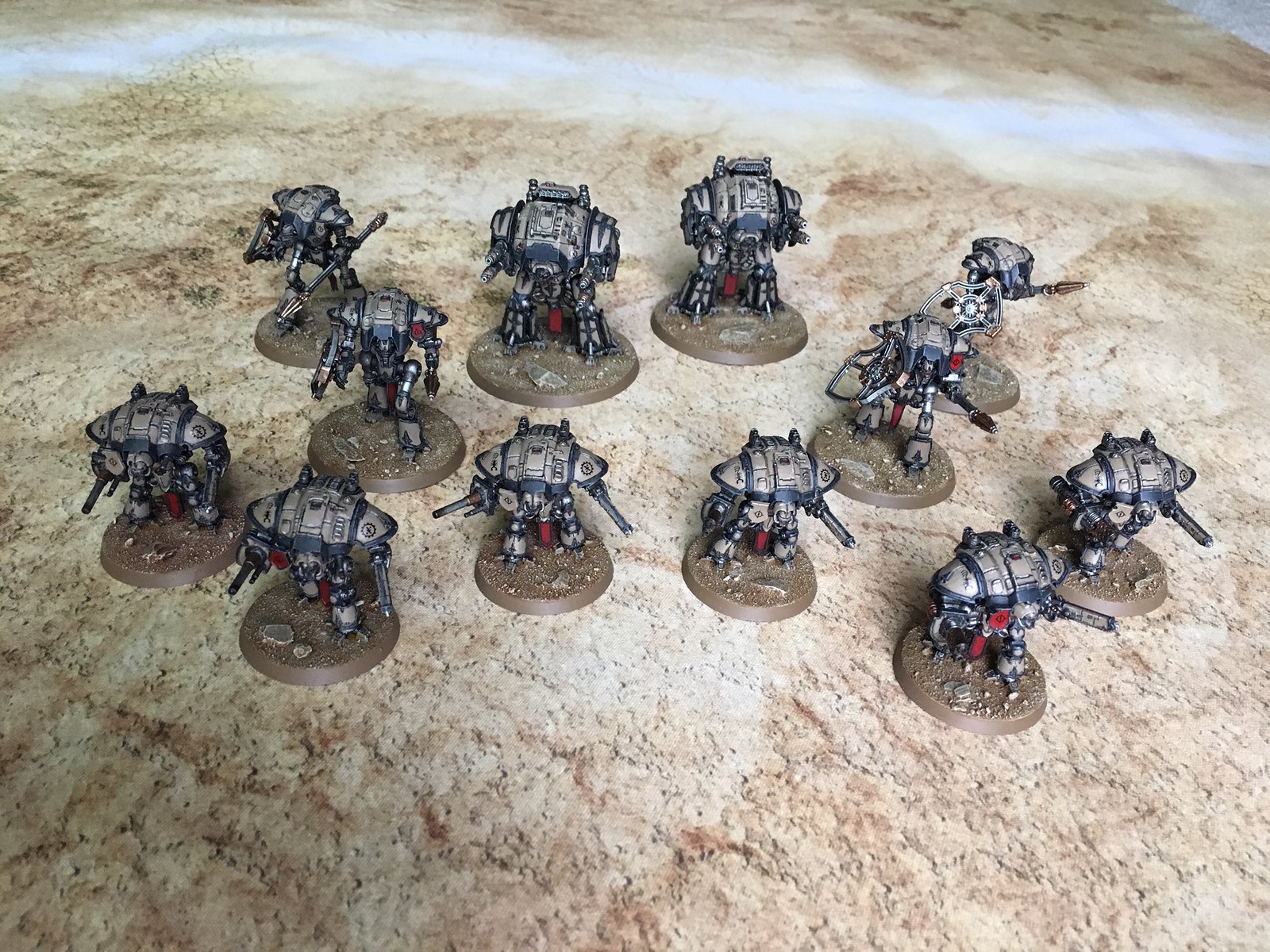 So my Questoris Knight chassis are done!  Just finished slapping decals on before work this morning.  These guys are fully magnetized, including small 1/16" neodymiums sunk into the socket where the missile pod upgrades will eventually sit, assuming that sprue EVER goes to market... 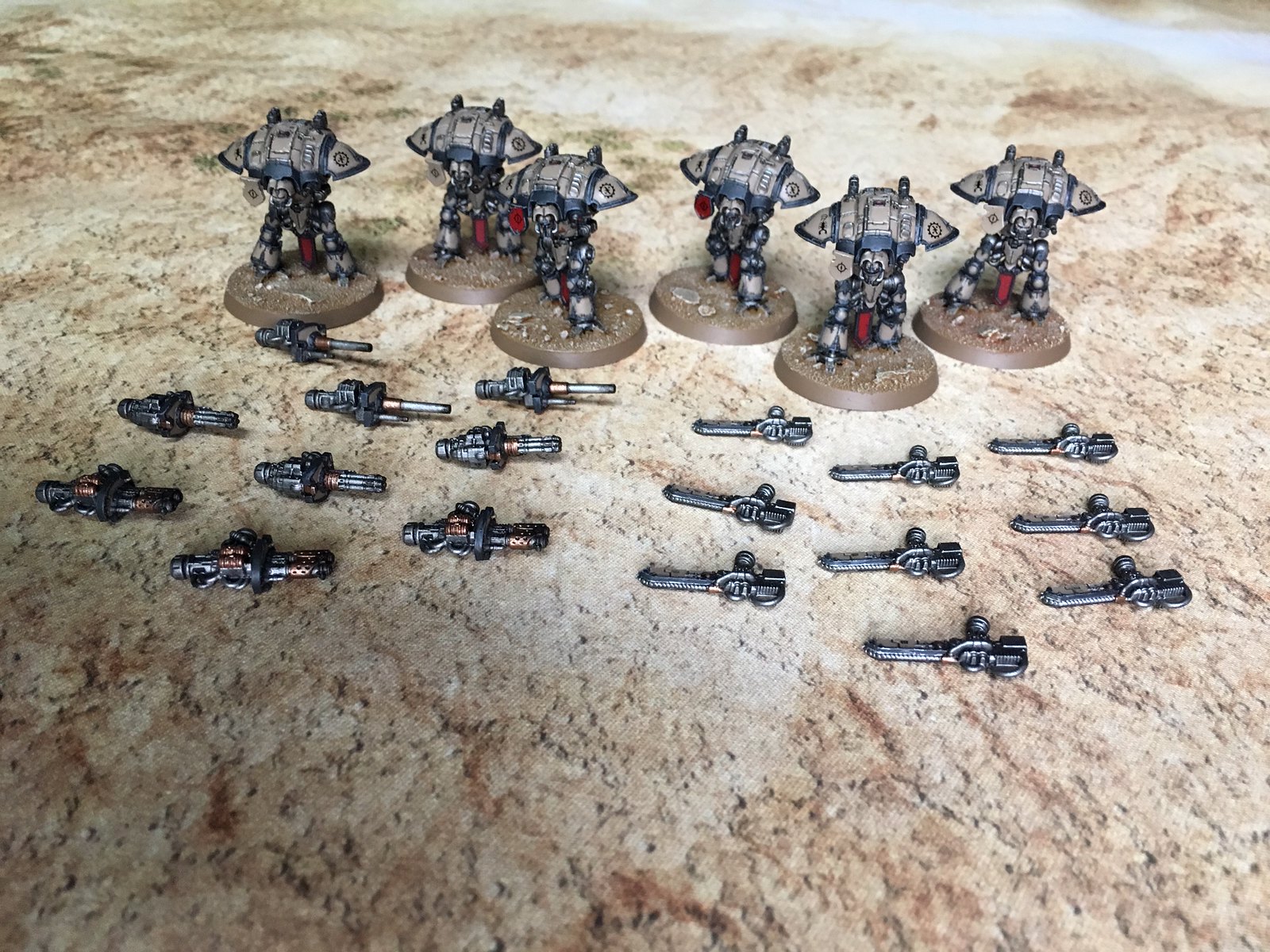 A sharp-eyed viewer will immediately make that assumption that three more Questoris chassis are on their way, and you wouldn't be wrong... although I'm not bothering with those until probably early next year at this point.  I have two more Acastus (going to try for Asterius conversions) and two more Cerastus Lancers to do as well, but there really isn't a reason to paint all of that unless I really want to play a 1750 point Knight Household game.  I'll reevaluate if the Questoris upgrade sprue comes out sometime sooner.  Until then, here's a mini gallery of the various House Malinax Knights I've painted: 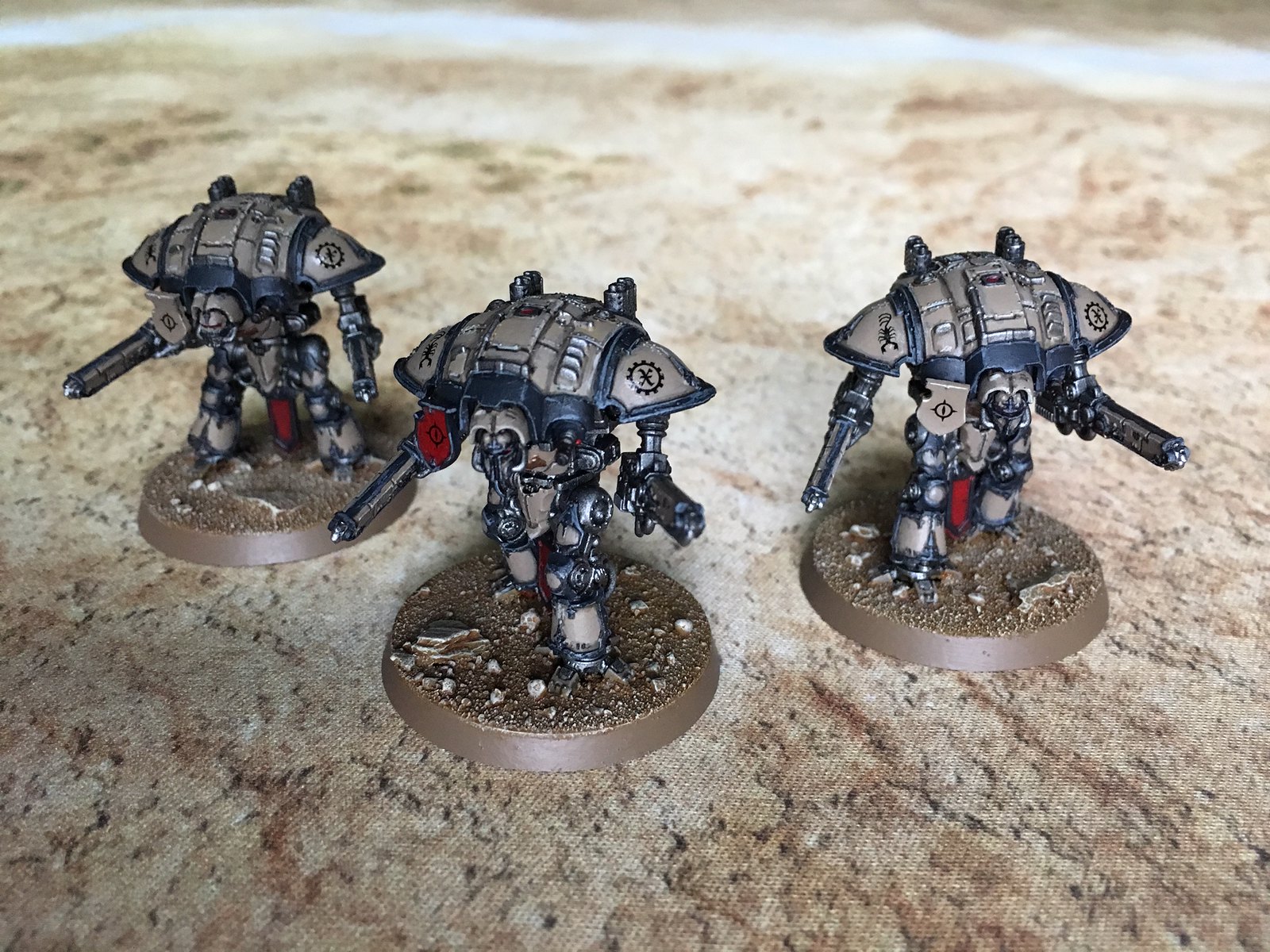 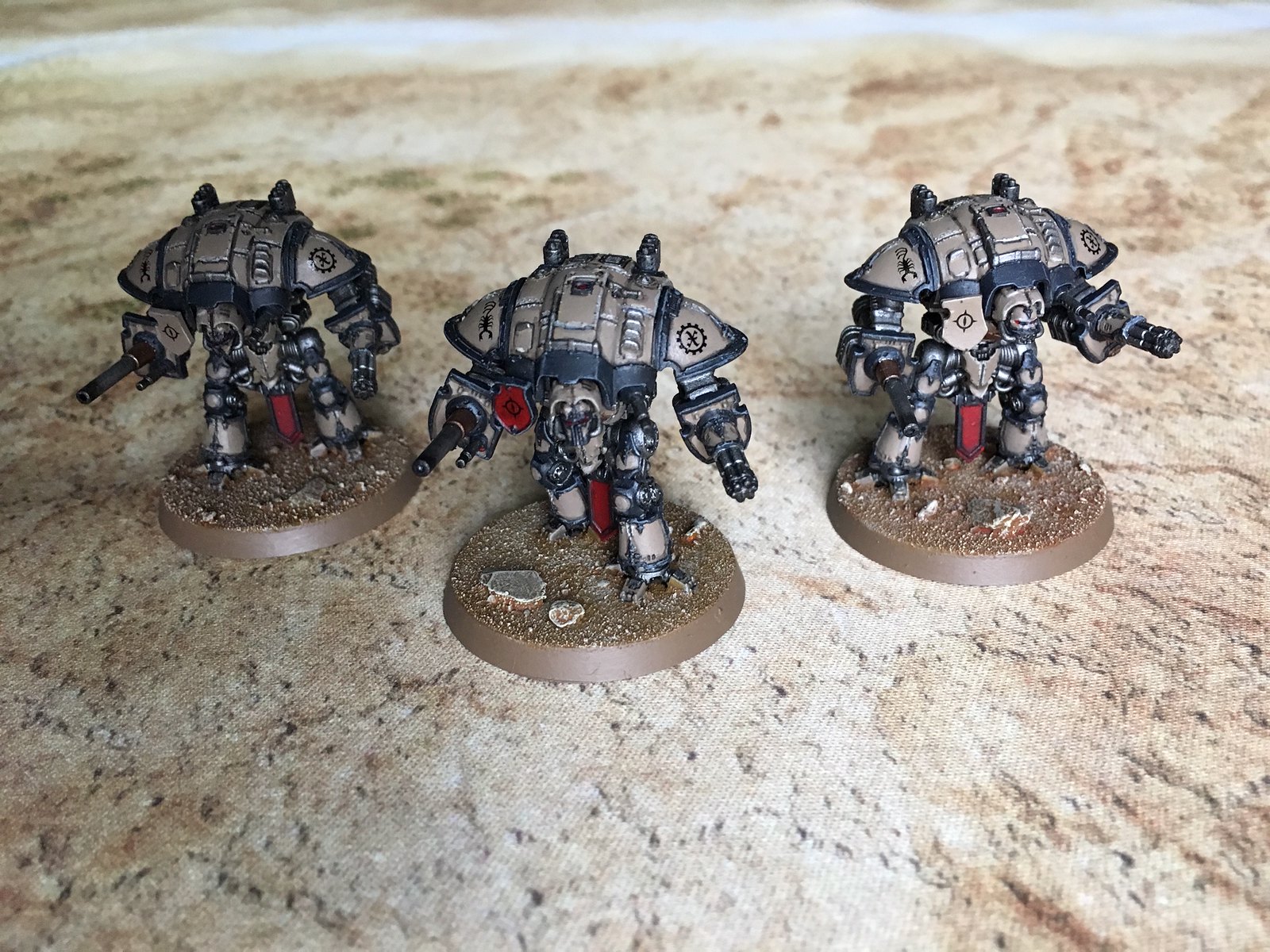 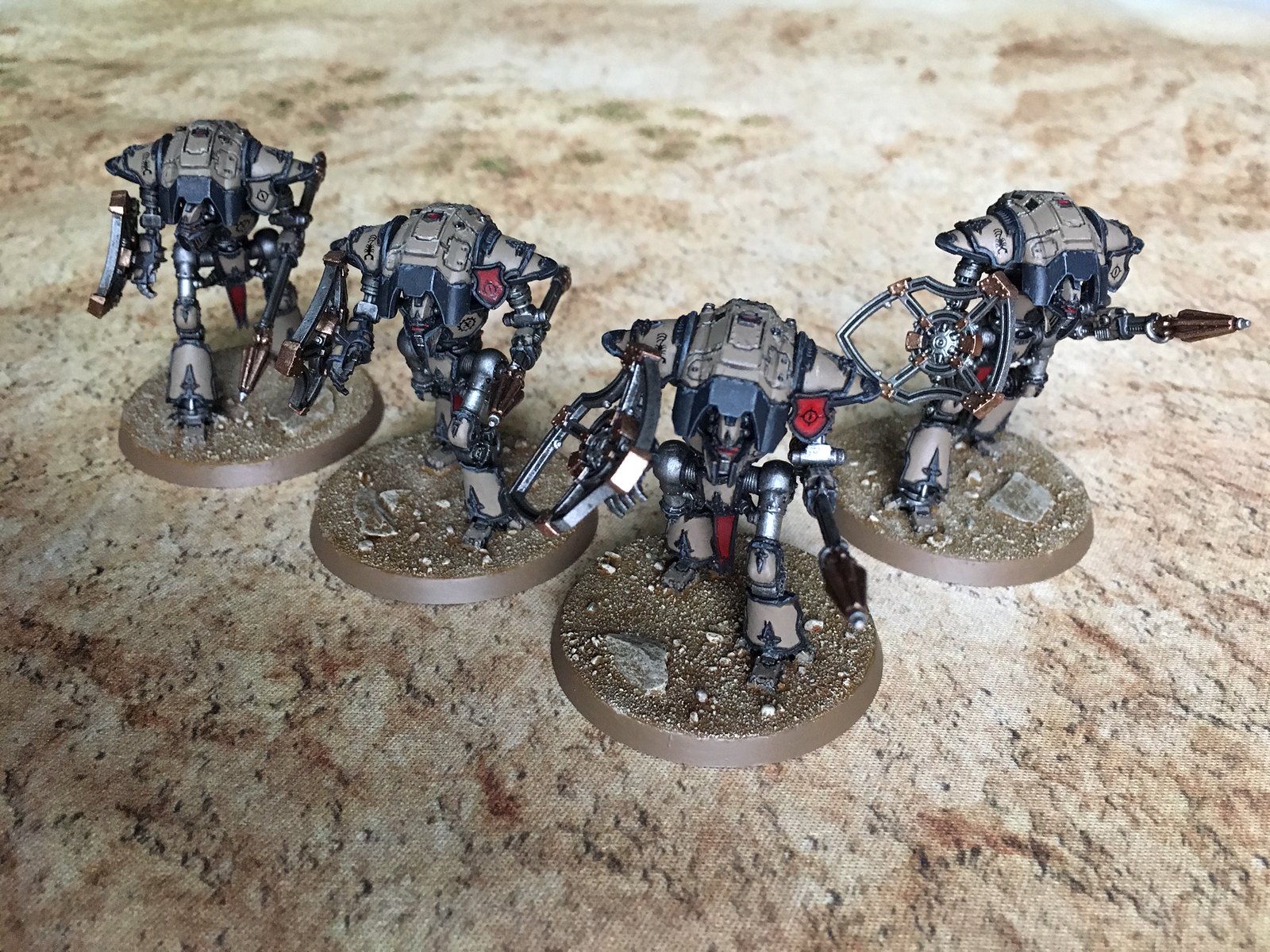 (I swapped out the Lord Scions' white allegiance badges for black) 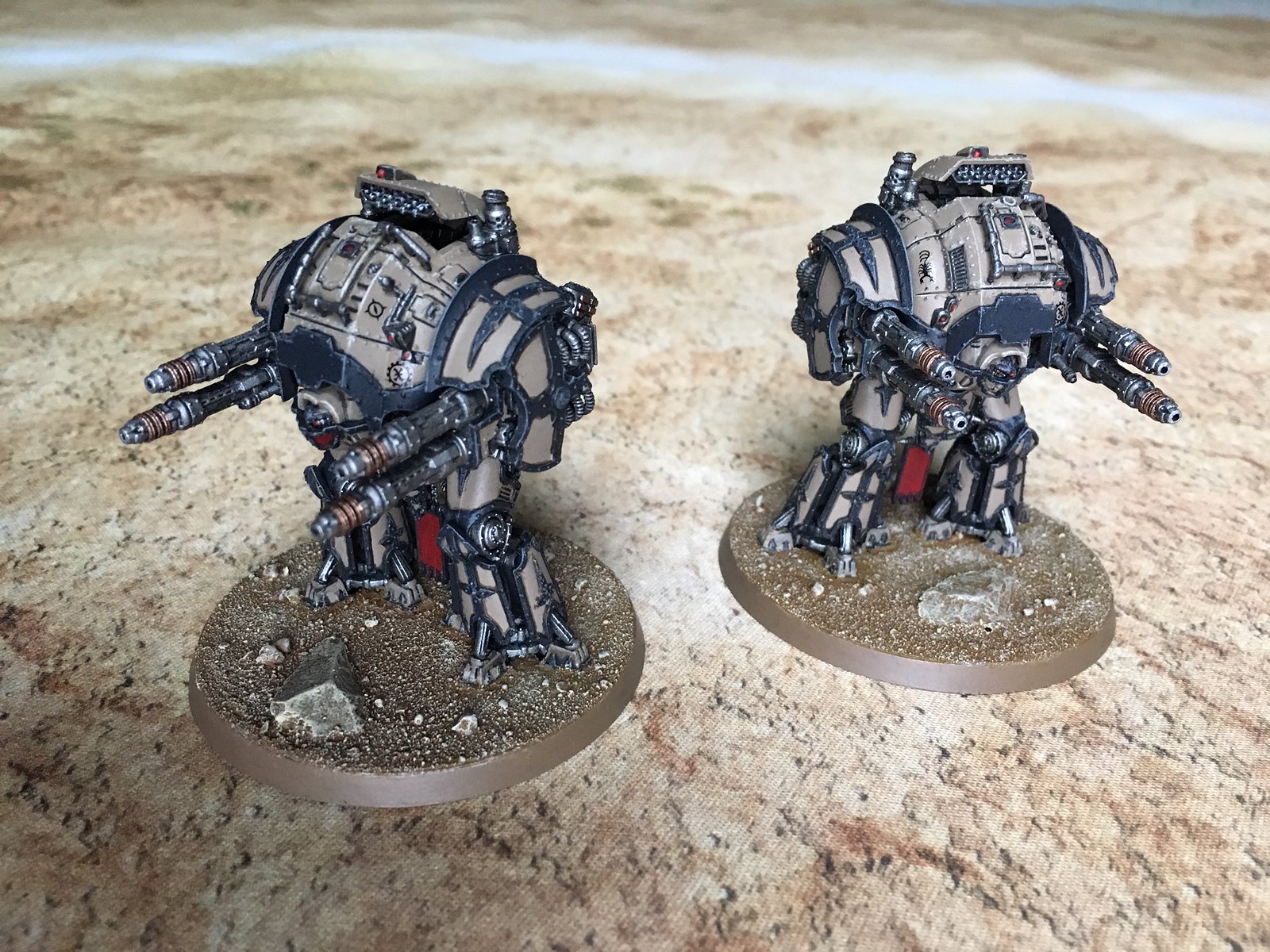 So that's that, ~1000 points of House Malinax.  I have a pair of 3D-printed gatling blasters as a placeholder for my Tempestus Warlord, and a Reaver vulcan megabolter that I'm going to try to squeeze in fast, but the next big project is to see how fast I can paint Warmaster Chaos, around a USG audit ;)

Terrain tiles, if I have a chance, too.
30K Adeptus Titanicus AT18 Chaos Horus Heresy Malinax Titanicus